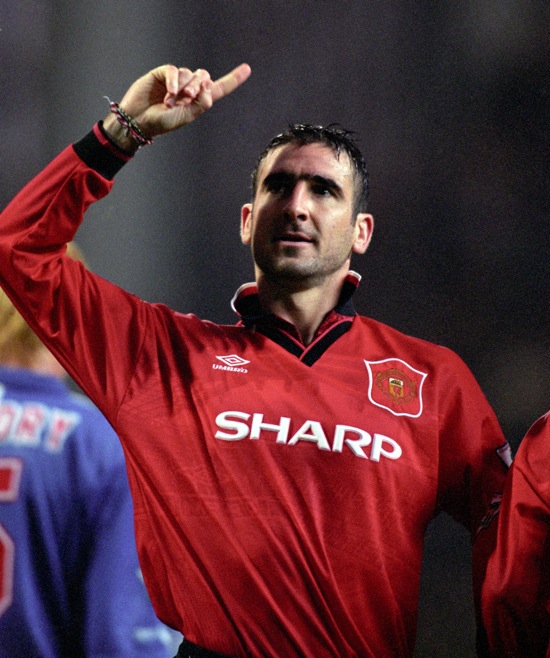 For many fans, Manchester United have lost sight of their roots. The corporate cash-cow which continues to milk fans dry does have one charming element though, the club’s continued residency at Old Trafford. Back in 1994 United’s home shirt paid homage to the Theatre of Dreams. The kit’s quirk was a watermark of Old Trafford which adorned the front and back. At first glance the watermark wasn’t instantly visible, meaning the kit retained its simplicity whilst still incorporating something different.

Reminiscing over the home shirt brings back happy memories too. It was during its time that David Beckham, Paul Scholes, Nicky Butt and the Neville brothers rose to prominence. Ironically though, it was Eric Cantona who captured the kit’s most iconic moment. It was Cantona who really embodied this kit. The Frenchman raised the huge floppy black collar for every game and kids everywhere popped their own collars to emulate Le Roi.

Cantona returned to football during the kit’s second year helping the club to chase down Newcastle and win back the league title. But it was the 1996 FA Cup final where Cantona delivered the perfect coup de grâce. Pedalling back, arching his body and slamming home an exquisite volley, Cantona secured the Double for United. Cantona only dealt in drama and the 85th-minute winner against Liverpool read like something from a movie script. Liverpool turned up to that game in their infamous cream suits but it was Cantona and his black collar which stole the show. 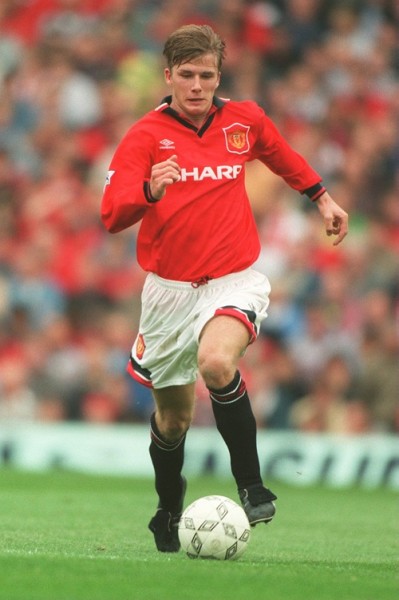 David Beckham at the start of his Man Utd career, in Sept. 1995

Old Trafford is currently celebrating its one hundredth year and the ground has evolved many times as its tenants have developed into the global force they are today. This kit was a fitting tribute and it can still be spotted around the ground today as fans point to different parts of their anatomy proudly explaining where they sit.

Liam is the editor of Same Name, Different Games, a blog about football and American football. Follow him on Twitter