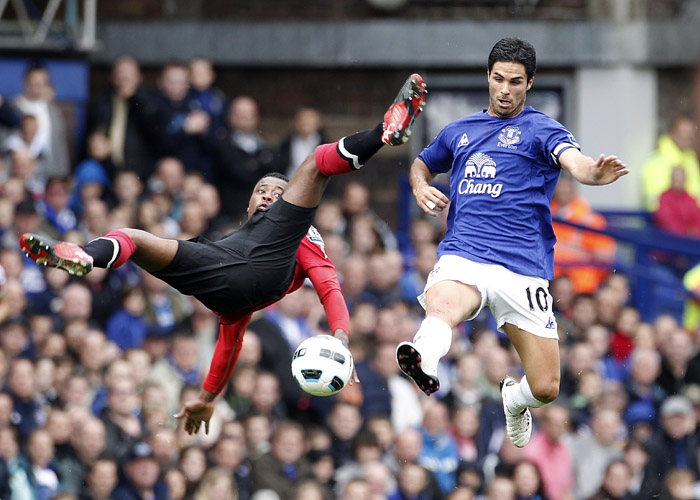 For once the boot was on the other foot for Fergie, who sat and suffered as Everton came from 3-1 down to snatch an unlikely 3-3 draw; Man Utd’s guvnor didn’t know whether to point angrily at his watch or sit in silence, chewing on wasps. In the end he went for the latter, perhaps wondering if his decision to rest Wayne Rooney would haunt him come May 2011. I doubt it: Dimitar Berbatov was excellent. On current form, the revitalised Bulgarian is United’s best striker.

Everton, epitomised by the superb Steven Pienaar, even had a chance to win it but referee Martin Atkinson – no doubt fearing the wrath of Fergie – bottled it and blew the full-time whistle during a dangerous counter-attack by the Toffees. A disgraceful decision.

But overall we should celebrate a quite brilliant match of football, the best in the Prem so far this season. Well done the blue team, well done the red team.