This is the first in a new series on Pies in which we track down former pros and see what they’ve been up to since they retired. We kick off with a Blackburn and Man Utd stalwart… 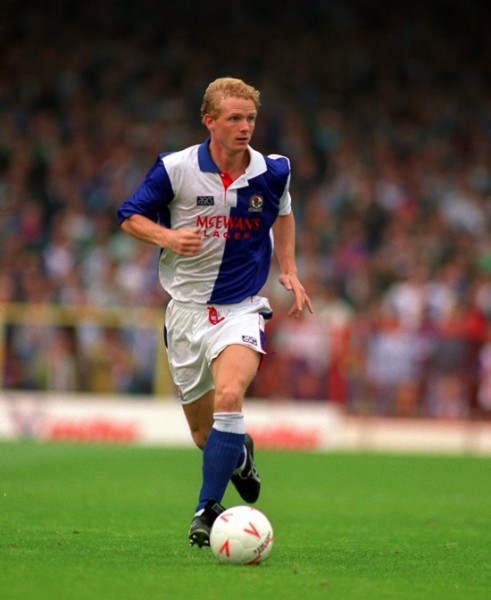 David May, superstar, he’s got more medals than Shear-er!

Then: Central defender David May made more than 200 club appearances for Blackburn Rovers and then Manchester United. He left Rovers in 1994, just one season before they won the Premiership, but in the end it turned out to be the right decision, as he was part of the famous United squad that won the treble in 1999 – although he didn’t play a single minute in their Champions League campaign (that didn’t stop him getting his hands on the trophy, mind), he did feature in the Prem and started in the FA Cup final that year, against Newcastle United. 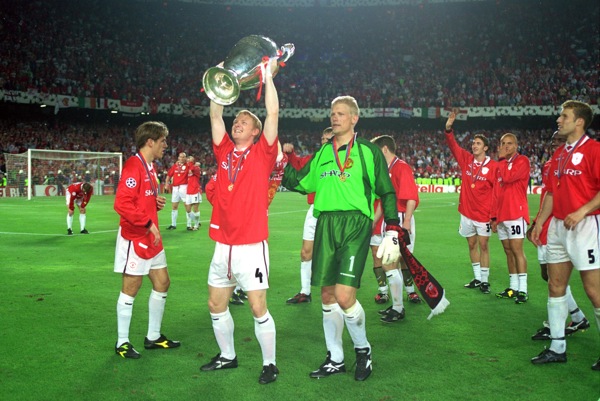 Substitute May lifts the Champions League trophy in 1999

And that was pretty much the end of his career in the big time, which spanned all of the 1990s. At the start of the 1999-2000 season he was loaned to Huddersfield Town. A couple of years later, with age and injury taking their toll, he signed for Burnley, then wound down his playing career at non-league Bacup Borough. By this time, he was playing as much golf as he was football – he’s a useful lefty.

May was once voted one of the worst 50 players to play in the Prem (in The Times), which is plainly unfair, as you don’t sign for the likes of Rovers and Man Utd unless you’re a very good footballer. He’s never been thought of as a top-class player though – he just didn’t have the pace or touch – but he was a true pro, honest and dependable. He served his time, often on the bench for United, and did so without complaint. I know that most United and Rovers fans remember him with affection, for he rarely let them down.

Not that he was the quiet type. He admitted in a recent(ish) interview with FourFourTwo that he was one of the main practical jokers in United’s dressing room:

“When I wasn’t greeting Jordi Cruyff with ‘Dos San Miguels you dago bastard’, I’d urinate down team mates’ legs in the shower, cut the laces out of Nicky Butt’s new trainers or put Deep Heat in the kitman’s shorts.”

Now: May turned 40 this year, and if you guessed he was running a pub in Lancashire, you’re some way out. He has worked in the wine trade for several years, importing South African wines with great success. A couple of years ago he emigrated to Dubai, where he teaches football at a local school. He returns to the UK often, to keep tabs on the wine business, and can often be seen at Old Trafford, working the hospitality suites, or offering his opinions for MUTV. And he still loves his golf.

If you have any nominations for players we could feature in this series, or if you would even like to write one for Pies, drop me a line: ollie@anorak.co.uk