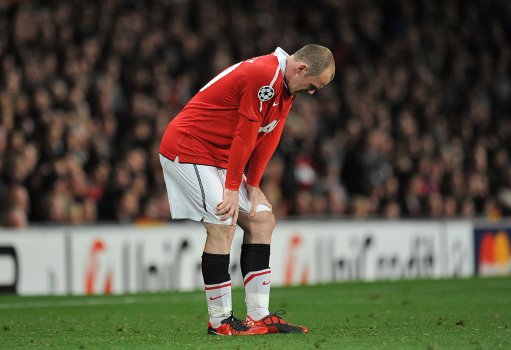 Manchester United manager Sir Alex Ferguson has admitted that Wayne Rooney‘s lacklustre performances of late are directly due to the quagmire of tabloid bulls*t the reigning Footballer of the Year is currently up to his thick, gammon-like neck in.

In an interview with Gazzetta dello Sport, Ferguson said;

“I don’t believe he has a confidence problem but the boy is starting to realise finally, without any question, what kind of focus is on him as a human being. He is realising what it means to be at the centre of media attention for non-football-related questions.

I don’t think the boy can turn a corner at the moment without a camera on him. He can’t move without the paparazzi being on him and, for a young person, that is not what you want. You want to play and enjoy your football without that attention on you, because that can be quite exhausting.

He would like to keep playing with freedom, but the siege of the tabloids can wear out anyone.”

Now, whilst it is unquestionably true that the tabloid press are akin to morally barren vultures picking over long-dead carcasses until all of the sun-parched bones are completely stripped of all meat and sinew (a little allegory is good for you first thing in the morning), the fact that remains that you really shouldn’t be boning fame-hungry day-shift hookers behind your pregnant wife’s back – especially if you happen to be one of the most recognisable figures within the complete fallacy that is the sphere of contemporary English (and global for that matter) popular culture.

If you can’t do the time, don’t put your penis in places it shouldn’t be.