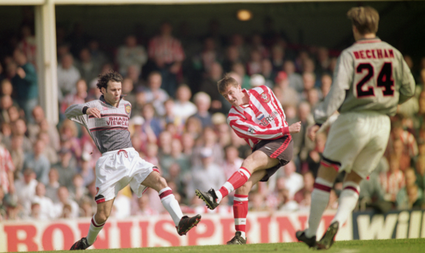 April 1996 Matt Le Tissier shoots at goal as Ryan Giggs and David Beckham look on during the FA Premiership match between Southampton and Manchester United held on April 13, 1996 at The Dell.
Southampton won the match 3-1, a famous victory for the Saints.
Photo Shaun Botterill/Getty Images