Those cheeky Scousers, they don’t really mean it… 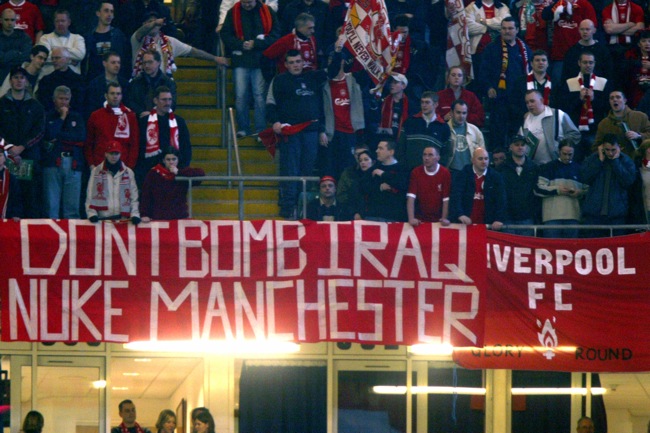 March 2003: Spotted in the Liverpool end at Cardiff’s Millennium Stadium during the 2002-03 League Cup final – political banners at football matches are rare indeed. The Iraq War began less than three weeks after the final. I guess George W didn’t see this one.