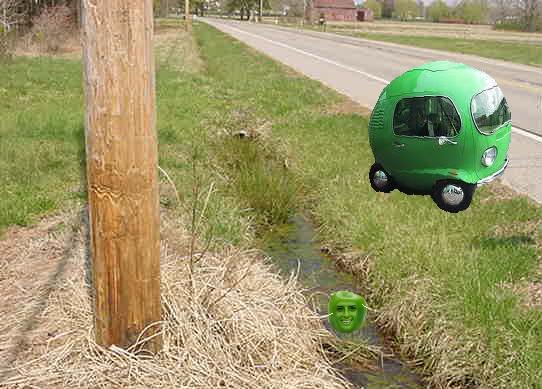 Apparently this story is a couple of weeks old now, but you’ll be glad to know that time has not withered its majestic glory.

Manchester United striker Javier Hernandez was involved in a ‘Mexican stand-off’ with an angry farmer on a tractor whilst driving to the club’s Carrington training ground t’other day.

‘Chicharito’ was taking a short-cut to the complex through winding narrow roads when he met the tractor coming the other way… I’ll let United’s youth team director Brian McClair take up the yarn;

“It’s a single track road with ditches on either side. The farmer had right of way but Chicharito was not for reversing, until the tractor was about to drive over his car. He finally decided to retreat, nearly ending up in the ditch and then up a telegraph pole. The farmer was not amused.”