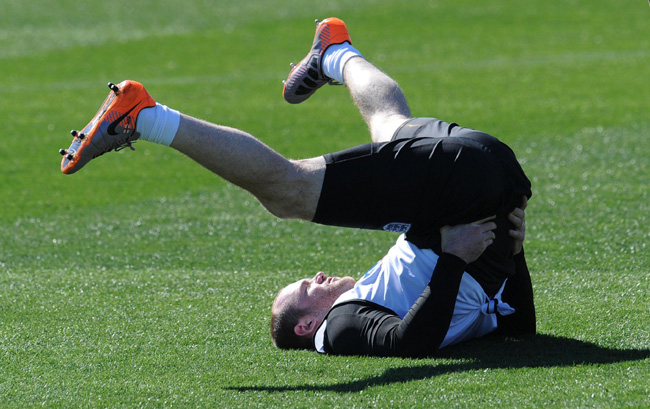 While we, the great unwashed, struggle to pay our mortgages and dread opening every bill that drops through the letterbox, spare a thought for Wayne Rooney, a man who is also experiencing a financial downturn all of his own.

According to a British football rich list published in the latest Four Four Two magazine, the Manchester United superstar has seen his wealth drop by a whopping £12 million in the last year, to the paltry sum of just £25 million.

Central to this slide into near-poverty has been the former Evertonian’s very own annus horriblis, with his exploits in the bedroom (and not with his childhood sweetheart Coleen) providing the tabloids with a bonanza of lurid kiss-and-tell tales. Consequently, Coca Cola were quick to ditch Rooney after the seedy stories broke, dropping him from their Coke Zero ad campaign, with plans to put Rooney’s “rugged” visage on the side of millions of Coke Zero cans scrapped on the say-so of apparently disgusted executives in Atlanta.

No doubt both he and Coleen are now fuming over the government’s Child Tax Credits plans.

The top five richest footballers, according to the list, are:

Other notable money-bags include –