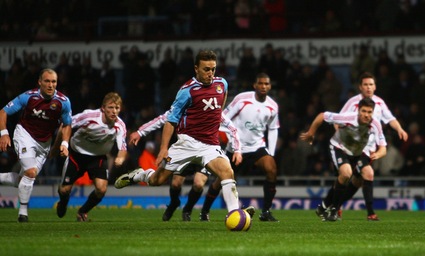 West Ham 1-0 Liverpool An injury-time penalty by Mark Noble denied Liverpool a point that they didn’t deserve anyway. West Ham had the best chances, whereas Liverpool looked flat, as if their players were painfully aware that any chance of winning the league had disappeared several weeks ago. Rafa Benitez’s team are now 17 points behind both Man Utd and Arsenal. Fourth place is the best they can hope for now, and even that is no certainty.
Man of the match Mark Noble. On this form, the England U21 star must be close to a full England call-up.
Photo Getty Images 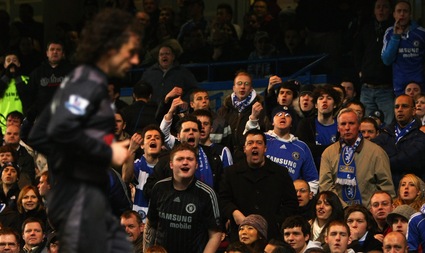 Chelsea 1-0 Reading This Mourinho-esque result means that Chelsea boss Avram Grant now has exactly the same record in his first 29 games in charge of the club as Jose Mourinho did. Who would have predicted that? Reading had a few decent chances from set pieces, but really didn’t deserve to get anything out of a dull game that the hosts controlled. Stephen Hunt got booed, inevitably.
Man of the match Claude Makelele. A classic Makelele performance, sweeping up any mess with the minimum fuss. 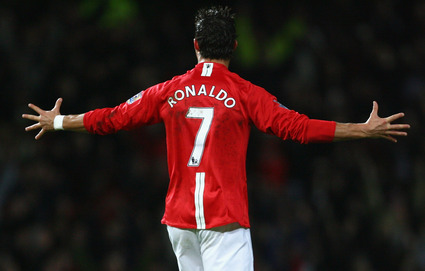 Man Utd 2-0 Portsmouth On this form, not even Chelsea or Arsenal can touch the champions. Cristiano Ronaldo scored both goals, to take his league tally to an amazing 19, including one stunning free-kick (more on which laterâ€¦). Portsmouth were outplayed in the first half, but gave a decent account of themselves in the second, with Niko Kranjcar – who deserves to play for a bigger club â€“ particularly influential.
Man of the match Cristiano Ronaldo. Who else? 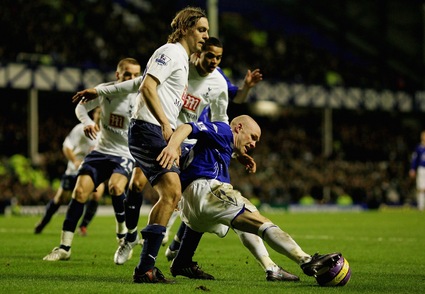 Everton 0-0 Spurs A bit of a snoozefest at Goodison. Everton created few chances, Tottenham fewer. Nothing much else to report, exceptâ€¦
Man of the match Jonathan Woodgate. Had an excellent debut for Spurs and kept the pocket-sized Andrew Johnson in his pocket. 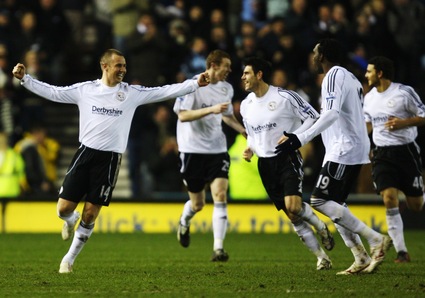 Derby 1-1 Man City Anything but a win against abject Derby has to be seen as points lost, and City will see it that way, despite playing poorly. City really need to sign another striker today; Darius Vassell is not the answer.
Man of the match Martin Petrov. The best crosser of a ball in the Premier League.
Photos Getty Images