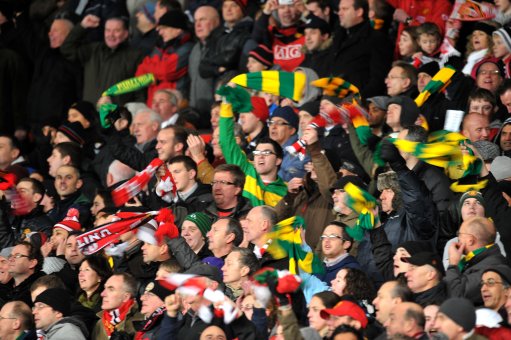 Manchester City have cut Manchester United’s ticket allocation for the next upcoming derby on November 10th, as punishment for United fans failing to comply with various safety standards during last season’s corresponding fixture at Eastlands.

City have announced that they will withhold 10% of the 2,846 tickets that they usually allocate (and cordon off the first two rows of seating), after receiving complaints of  ‘persistent standing’ in the away enclosure when United beat them 1-0 in the Premier League back in April.

These measures are hardly a new concept to United’s travelling fans, who have already seen their allocations at Sunderland and Bolton reduced due to similar trivial offences.