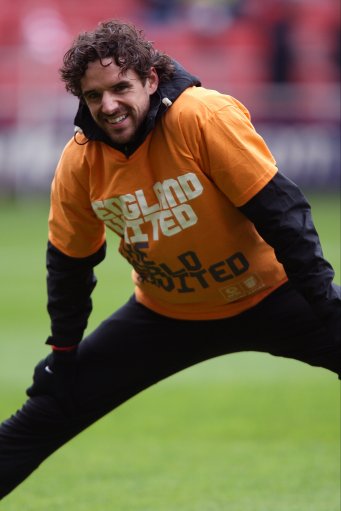 Careful with that knee Eugene!

The man charged with remoulding  Owen Hargreaves’ blutack knee ligaments, Dr Richard Steadman, has tipped the Manchester United midfielder to make a long-overdue return to the first team for this weekend’s Premier League game with West Brom – after spending the best part of the last two calendar years on the sidelines.

“Owen should play some part on Saturday. Our physical therapist, Luke O’Brien, has been working very closely with United’s coaches on his rehab.

It’s been a long road back and there have been some setbacks along the way, but I’ve got a lot of admiration for the way Owen has responded – he’s worked very hard and has never given up. Things are looking good for him now.”

So, after 18,000+ straight hours of unremitting misery, it looks like United are finally getting their second best central midfielder back – but, realistically, for how long?