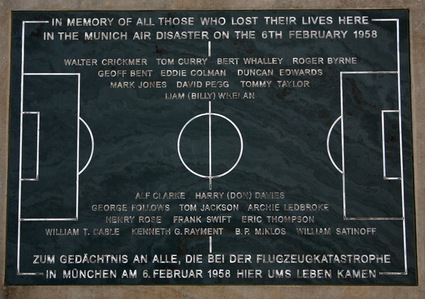 A memorial stone in Kirchtrudering, near Munich, recalls the location of the Munich air disaster, which happened on the 6th February 1958.
Twenty-three people, including eight Manchester United players, lost their lives in the crash. A delegation of Man Utd supporters will commemorate the 50th anniversary today at the scene of the accident.
Photo Johannes Simon/Getty Images