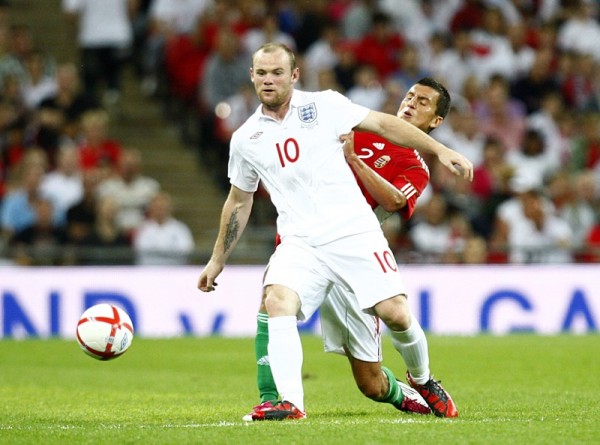 Real Madrid’s Director General Jorge Valdano says his club is happy with the strikers they have, despite being linked with a move for unsettled Wayne Rooney. Valdano also reiterated Jose Mourinho’s assertion last week that Madrid won’t make any squad changes in January.

When asked about Rooney, Valdano was quoted as saying on Telemadrid: “Madrid have two great strikers; (Gonzalo) Higuain and Cristiano (Ronaldo), who already showed last season that they are capable of scoring 60 goals between them.

“As well as that there are (Angel) Di Maria and (Mesut) Ozil, who are going to help these two goalscorers. The question is, who would we move aside if we signed another striker?”

Er, what about Karim Benzema? It makes a lot of sense really: Real get Rooney, United get Benzema (who they tried to sign already) plus a truckload of cash, which Fergie can then wave under the noses of Luka Modric and Wesley Sneijder.

When asked if Madrid need another striker, Valdano said: “It’s not a debate in Madrid. Mourinho had to come out and stop these types of rumours. And as well as that, Benzema has not had the last word.”

“In January there will be neither ins nor outs. June is a long way away,” Valdano concluded. He also denied that Madrid wanted to sign Spanish tall guy Fernando Llorente.

Pies says: Valdano’s words don’t add up. He lists Madrid’s roster of forwards and it’s clear from the list that they do need another striker. For a club the size of Real to rely on just two “great strikers” – one of whom, Ronaldo, is not even an authentic centre-forward – doesn’t make sense. So if Mourinho could swap Benzema (who he doesn’t rate) for Rooney, I’m sure he would, and the sooner the better; though Rooney has already played for United in the Champions League this season, which makes him a less appealing target for Real.