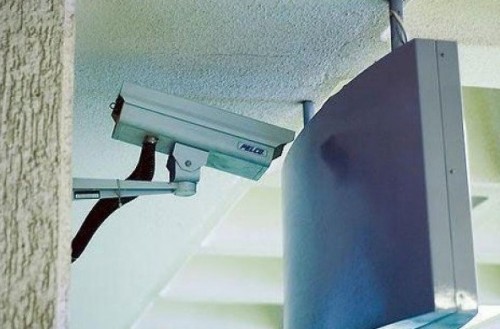 When I started work, I was left to do the more menial tasks. Sorting post, answering the phone, photocopying. The usual stuff that engenders a real respect for real life, and emphatically doesn’t make you anticipate a healthy need for the Bic and a hot bath. However, as I showed a level of intellect slightly above the trolley collectors and Andy Townsend, I got a bit more responsibility and credit. In essence, I learned because it’s what normal people do. Clearly, footballers aren’t normal people.

Since Ronaldo sashayed off to be a lone beacon of frustrated brilliance in Madrid, Manchester United have been shown up to be almost as stupid as the people who comment underneath articles on the internet, maybe with even more arrogance.

Wayne Rooney’s just asserted his independence from Alex Ferguson. If the definition of insanity is to expect a different outcome from the same action, then when does Rooney start receiving his incapacity benefit for mental health problems? Contradict Fergie, and unless you’re more important than he is (and nobody is more important than Scotch Heat) and you either get booted out and achieve little more, or simply get a humiliating few weeks on the sidelines to learn your lesson. If you don’t, you’ll be playing for Blackburn next year. Scholes got a single bollocking, Giggs at most two, and they’re the most succesful British players of their generation. This could be Rooney’s lot. But if he’s not careful, carries on with the fags and slags and never really learns you don’t mess with Ferguson, ex-boxer Rooney might have a couple of years in the Spanish sun, throw a hissy fit at the difficulty of ordering “two lagers and 20 Marlboros” in another language and end up in an Allardyce bruise crew at 29.

But he’s not the only United player who looks superficially like he might, at one point, have been able to hack it abroad. Michael Carrick, the English Xavi according to understandable misapprehension written a few years ago, is a different kind of stupid. He’s football pitch dumb. A classy sack, full of hot air and brainlessness. I heard a possibly apocryphal story about him years ago: in a sound booth, recording an audio track for a ball-on-a-string training device, it took him a full day to record his four lines, unable to read from a simple script. Described accurately during his pomp as, ‘Britain’s finest mid-range passer,’ not only has he learned nothing new – he’s not more effective defensively despite playing in front of the same, often brilliant, back four for five years – he’s become a staid passenger, a less burly John O’Shea.

Ah, John O’Shea. In his first season he nutmegged Figo, playing as United finest attacking left-back since Dennis Irwin, still faster and stronger. What has he become? A less adept Gomer Pyle, as tactically unaware as a Marlon King chat-up line. He’s clearly a technically accomplished player, with an impressive touch for a defender, he rarely misplaces passes, but he doesn’t have the brains to match. Yes, he can score the goal of the century against Arsenal, but he can no longer be trusted with his positioning against even a second rate winger. It’s a shocking state of affairs to have spent literally thousands of hours on a football pitch, and to be beguiled by Jermaine Pennant’s GSCE-level trickery. That’s John O’Shea, ladies and gentlemen.

Worse still, what about Rio? King Merk. A man so sentient he ‘forgot’ a drugs test. Presumably, at that time, Wes Brown would also have ‘forgotten’ to turn up to the test along with ‘footballer’ Kieron Richardson. If that really is the case, then Manchester United have such small intellectual resources that they’ve been regularly captained by a dope dope. I know you can’t choose your family, but anyone linked by blood to dancing mishaped mannequin Anton Ferdinand should not be let anywhere near an down escalator, let alone the captain’s armband.