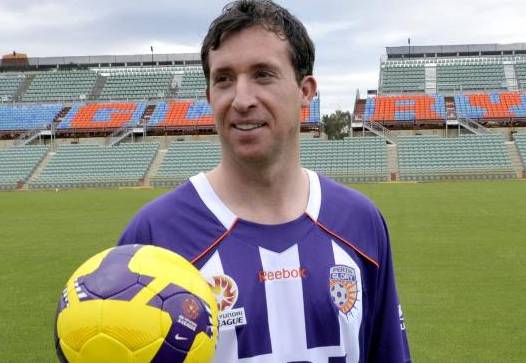 Former Liverpool deity Robbie Fowler (the prowler, the growler, the howler – © Jonathan Pearce, 1997) has claimed that, upon hearing of Wayne Rooney‘s unrest, he immediately travelled home to discuss a move to the A-League with the Manchester United striker.

With his tongue firmly wedged in his cheek, Fowler told Glory’s official website:

“Everyone knows I went home and it’s probably only just come out lately about Wayne Rooney, but being in the football know, I found out a couple of weeks ago (that he wanted to leave United).

I just had to come home and see if he’d be interested in coming to Perth. The signs were good. I was really pleased with the chat we had and we’ll see where it takes us.

I sold it to him and told him what a lovely place it is. I told him what I think about the city and he knows obviously all about a lot of the players.

He’s umming and ahhing at the minute, but it’s looking good. He’s very, very interested so watch this space.”

“Well if and it’s a big ‘If’, Wayne Rooney was out of contract, and Robbie could pull some strings we would love to have him at Perth Glory, even as a guest.

If I said four years ago that Robbie would be playing for Perth Glory, I’m sure many people would have had a laugh.”