Graffiti on a Nike billboard in Manchester city centre: 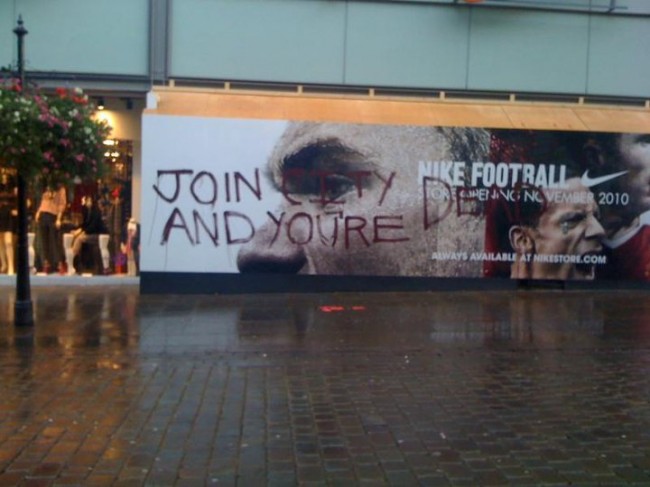 Some hardcore United fans also travelled to Rooney’s home in Cheshire to warn him off a move to City. Eyewitnesses reported a mob outside his house, brandishing a banner also bearing the warning: “If you join City you’re dead”. Police were called to the scene, but no arrests were made.