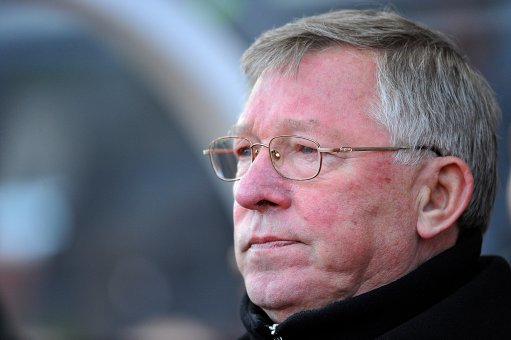 Without name-checking any particular clubs, Manchester United manager Sir Alex Ferguson has revealed that he expects a five-way title battle this season with usual suspects United, Arsenal and Chelsea presumably joined by upstarts Manchester City and Tottenham in the race for the Premier League crown.

“I wouldn’t be betting against it being a five-horse race. I think there is a lot of twists and turns left in the race.  The result at Stoke has had a galvanising effect on the club but we have to motor on now.

At the moment Chelsea have done very little wrong but if you look at our programme, we have had a much harder programme than the rest. We’ve been to Everton, Sunderland, Stoke, Bolton – all these difficult places where nobody enjoys going, but we’ve got them out of the road now.”

Although Chelsea’s opening fixtures have been slightly kinder than United’s, the fact that Arsenal have already had to play Liverpool (who had just as wretched a start to the season as Everton), Blackburn (who are just Stoke by another name), Sunderland (who are, indeed, Sunderland), Man City (who seem to be finally getting their act together) and Chelsea (who are smidge better than Bolton on their day) within their opening 9 games renders Ferguson’s point a little moot once examined under the microscope.

Ferg also spoke to Sirius about the kind of manager he wishes to see eventually replace him at Old Trafford:

“I don’t think Manchester United will ever go down the road of having a young manager. I think it’s a job that needs a lot of experience at the top end of the game. That’s for the future, but at the moment we have the benefit of my 24 years at the club so fortunately we can deal with it.

I think that when you are manager of our club you have to have someone strong to deal with all the issues and we have had to be strong over the years.

At United, you can never be surprised. There is always something happening in the club and always issues to deal with.”

What/whoever could he possibly be referring to there?