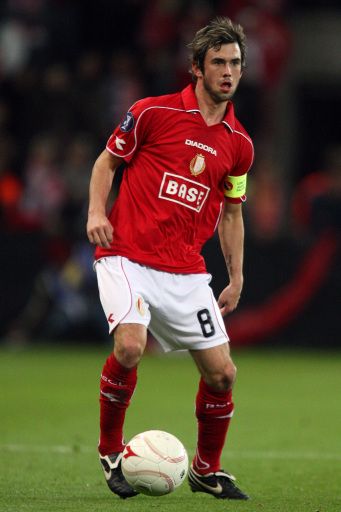 Standard Liege midfielder Steven Defour has once again insisted that he has received no contact from Manchester United (except, of course, for the little love letter that Sir Alex Ferguson sent when the Belgian shattered his leg back in September of last year), amidst growing speculation that the 22-year-old will be moving to Old Trafford in January.

I know that Manchester United are closely monitoring my situation. There hasn’t been any official contact yet though. I’ve been sidelined for quite a while due to injury, but I’m playing at a high level again. The chance that I’ll leave the club is rather big if I continue to play like I currently do.

I’ve had the opportunity to leave Standard on more than one occasion in the past couple of seasons, but I loved the club too much to leave. However, I’m 22 years old now and I also have to think about myself.

There comes a time when you just have to make the next step in your career, regardless of sentiments for any club.

It really is only a matter of time before all this dry-humping turns into full-blown, penetrative transfer dealings.

In fact, sod it, I’m going to throw caution to the wind and predict a £12 million January move shortly after Owen Hargreaves has been ruled out for another two years – you heard it here first.