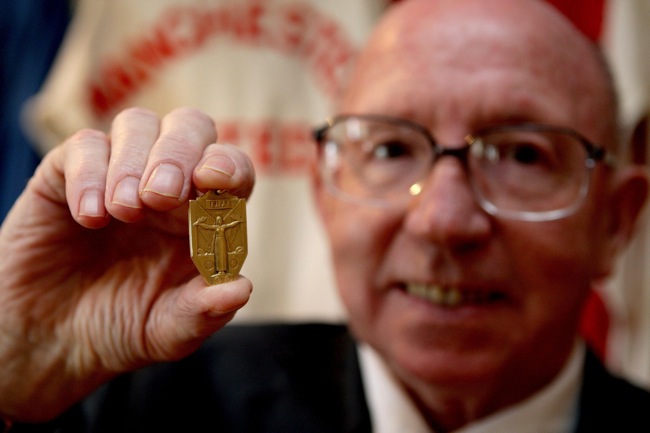 Stiles, who played with distinction for United for more than a decade, made the grand sum of £424,438 by selling his prized football collection.

Man Utd bought several of the 45 lots, which will be displayed in the club’s museum.

“It was always my intention to leave the entire collection to my children,” Stiles, 68, admitted.

“But I have three sons – how do you fairly divide up this sort of collection between them?

“They have each selected some pieces they would like to keep for themselves.”

What a shame Stiles had to do this. Even more of a shame when you consider how much a run-of-the-mill player like John O’Shea – who is not fit to lace Norbert’s boots – makes in a month. But at least the items will live on in United’s museum, rather than in a private collection on the other side of the world.