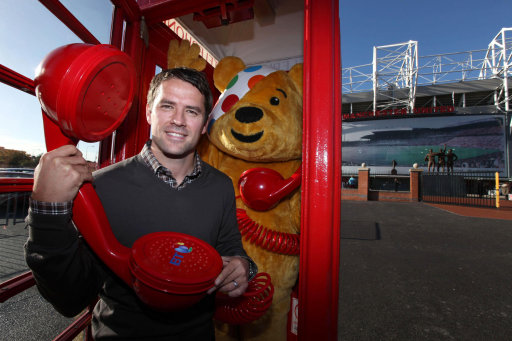 “Hi, Michael? Yeah, this is your career calling….it’s over”

Manchester United’s part-time striker Michael Owen has hinted that he may retire when his deal at Old Trafford expires at the end of the season, especially if none of the ‘bigger clubs’ are willing to take a gamble on him.

Speaking to The Sun, Owen said:

“I would honestly love to stay [at United] but you will have to ask the manager about the long term. I could score at this level for many years and would love it to be at a top club like United.

Whether I would want to be dropping down to a poorer Premier League team, I don’t know. Yes I could score goals but I would probably get less opportunities and less enjoyment. I just don’t feel my game is suited to a team that is really struggling. I won’t drop down leagues.”

Owen also admitted that he already has one eye on his post-playing career:

“I’m on my second stage of coaching badges and management is a real possibility. Horse racing will always be a big part of my life but, if there’s a job going forward, it will be in football.”

Can you really envisage any of the ‘big clubs’ taking a risk on a 30-year-old crockpot who’s body has been giving him clear signals to give up the ghost for the last two or three years?

The instinct and finishing capabilities may well still be intact, but if he’s not willing to tarnish his CV with a move to a lesser side, then it really does look like it could be curtains this time round – and I think his hamstrings would probably thank him for it.