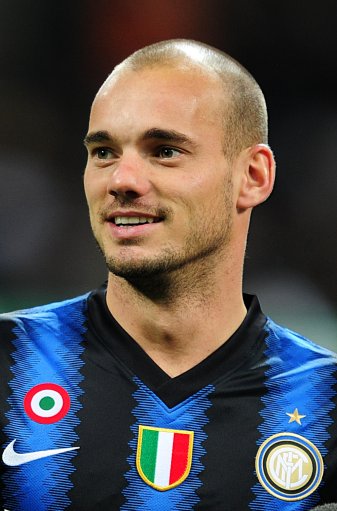 Inter Milan have confirmed that Wesley Sneijder signed a new five-year contract with the club during a shareholder’s meeting last night. The Ballan d’Or nominated midfielder is now tied to the Nerazzurri up until 2015.

Sneijder flirted outrageously with Manchester United over the close season, but it seems that the Inter hierarchy have now pinned down the Dutch playmaker, with president Massimo Moratti telling the club’s official website:

“The fans will be happy above all else because we have today reached an agreement with Sneijder for a contract extension until 2015. Sneijder became a key player for Inter last season and will be this year, and for many years to come.

The negotiations started despite the fact he had a long time to go on his old deal (which expired in 2013) but with mutual satisfaction they were completed [on Friday] morning.”

With Sneijder firmly removed from the market, United manager Sir Alex Ferguson better cross his fingers that Bastian Schweinsteiger doesn’t suddenly become all ‘long-term contracty’ at Bayern Munich over the next few months.