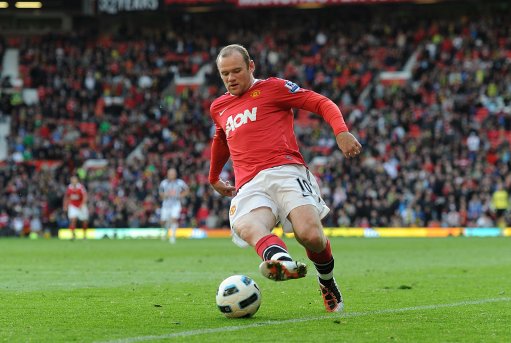 There are whispers today that Manchester City aren’t prepared to let a piffling £250,000-a-week, five-year contract stand in the way of signing Wayne Rooney and are currently putting together a mammoth £60 million bid for the Manchester United striker.

When Rooney signed his new deal at Old Trafford a couple of weeks back, there were conspiracy theories abound that the contract was agreed upon to re-inflate his dwindling market value on the proviso that the damage had already been done and United were pre-emptively protecting their financial interests by not allowing him to walk away – a tactic vaguely reminiscent of Cristiano Ronaldo‘s move to Real Madrid two years ago.

Anywhom, Rooney is currently being treated for an ankle injury by the Burj Al Arab Hotel‘s world renowned poolside medical team, so the extent to which he has actually been ‘frozen out’ by Sir Alex Ferguson is yet to become fully clear – although speculation that his position at the club may have become untenable is not altogether too far-fetched.