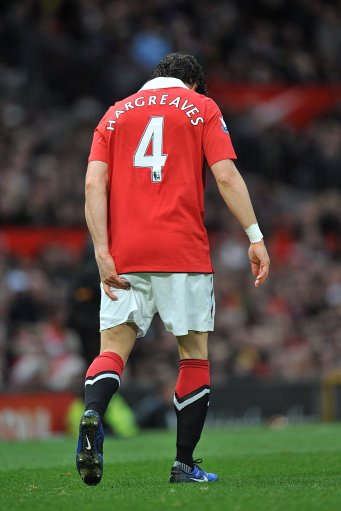 The sky is still blue, the earth is still round, water is still wet and Manchester United have confirmed that Owen Hargreaves will face another five weeks on the sidelines after pulling up with a hamstring injury just six minutes into their game with Wolves on Saturday – his first appearance for the club in two years.

United manager Sir Alex Ferguson confirmed to Key 103 Radio that Hargreaves will now be out until mid-December thus definitely missing the Manchester derby on Wednesday, but he may still be able to play a part in the club’s Christmas schedule:

“We were at the stage where we knew Owen’s knee was okay. His training performances for eight or nine days previously had been terrific.

“He had done really well, which is why we took the chance. But maybe the tension in the build-up for the lad was too much and he suffered because of it.”

Ferguson also revealed that veteran winger Ryan Giggs is also set to miss the derby with City tomorrow night due to the hamstring injury that has kept out of eight of United’s last nine games.

Portuguese forward Nani is also a doubt after pulling his groin against Bursaspor in the Champions League last week.