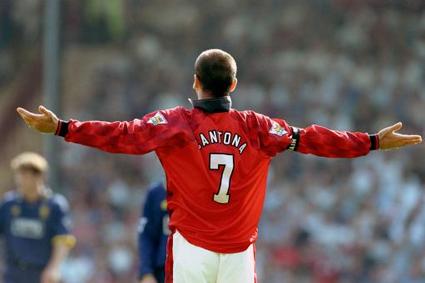 This just in from Popbitch:
“Ken Loach is making a biopic of Eric Cantona‘s time at Man Utd, provisionally titled Finding Eric. The director hasn’t lost his “man of the people” credentials. Rather than staying in the posh Lowry Hotel he’s in a big standard 3 star place, refusing the services of a chauffeur and spending his 35 quid a day per diem in Pret a Manger on food for his staff. He and the Cantona family have been travelling around by tram or minicab.”
If the Cantona family is involved, does that mean Eric is starring as himself? Let’s hope so. Would be great to see the legend recreate some of his most memorable moments.