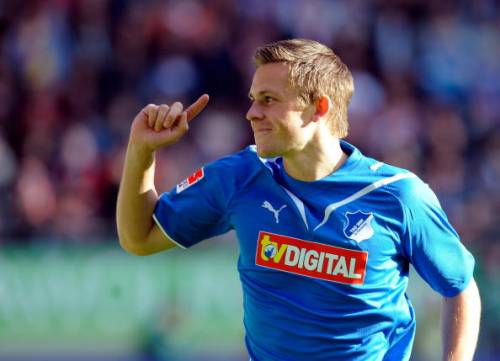 This chill morn, Manchester United have woken to find themselves linked with former Reading midfielder Gylfi Sigurdsson, who is currently continuing to impress for Bundesliga outfit Hoffenheim after joining them on a four-year deal over the summer – though word is that an offer of £9 million may be enough to tempt the German side into selling.

After netting 20 goals for the Royals in the 2009/10 campaign, Sigurdsson secured a surprise £7 million move to Hoffenheim over the summer, and has since bagged four more goals in his first six appearances – putting in a number of match-winning performances in the process by all accounts.

The 21-year-old Icelander struck twice for his country’s U21 side against Scotland in October (thus securing his team a place in the European Championship in 2012) with a number of United scouts reportedly in attendance.

After watching his inventive passing (and a prominent propensity for the odd 25-yard thundercracker) tear Forest apart on a good few occasions over the past couple of years, I can vouch that Sigurdsson certainly appears to be a genuine prospect – though £9 million still seems a little on the rich side for my taste.