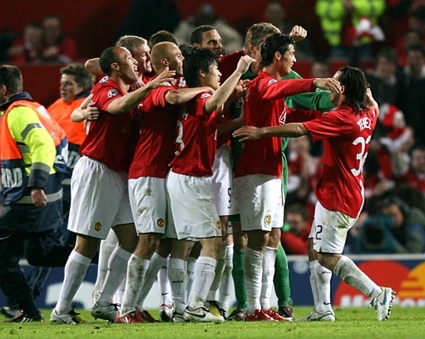 Simple question, to those of you who watched last night’s Champions League semi. Who was your man of the match? There were several fine performances, mostly from men in red shirts, but I’ve narrowed it down to a shortlist of eight players. If I’ve missed someone off the list, leave an angry comment. Vote below: