Write the best caption for this photo and win a Man Utd DVD! 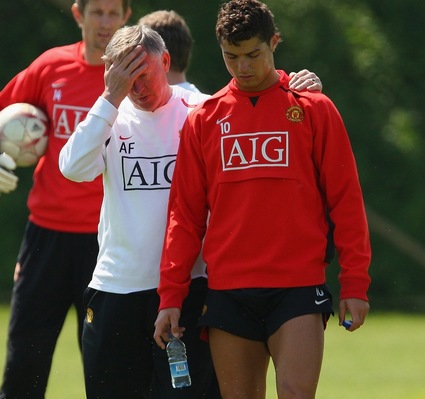 What could be going on here, Pies readers (could it have anything to do with this news)? if you think you know, write a caption, add it in a comment below and you could win a brand-new Man Utd “Magic of the FA Cup” DVD, containing three discs of the best FA Cup footage involving the Red Devils: the ultimate goals, games and stars.
If you’re not lucky enough to win this excellent DVD, released by Pinnacle Vision and officially endorsed by the FA, then you can buy it in all good shop this June.

Competition closes on Monday 19th May