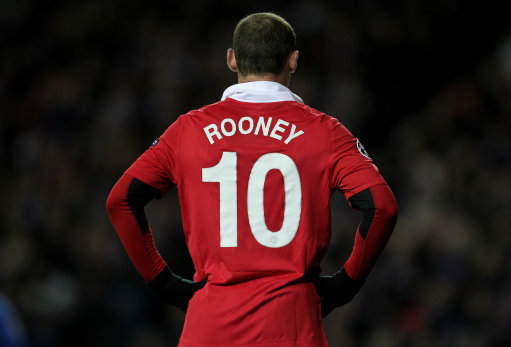 At long last, Manchester United pariah Wayne Rooney has publicly apologised to the fans for his recent bout of ill-advised insubordination, and admitted that he was never entertaining thoughts of joining Manchester City – despite what the tabloid sh*t-flickers would’ve had you believe.

Rooney is quoted by BBC Sport this morning as saying:

“I feel like I have apologised to the fans but everyone keeps saying that I haven’t. If that is the case, then I apologise for my side of things.

“I have made my point clear since I signed my contract that I am committed to this club for the long term. I want to be successful here.

“Everyone is saying that I was definitely going to Manchester City. Believe me if I had gone it wouldn’t have been in England. You see so many players leave this club and not do so well so I am delighted to have stayed.”

Rooney also denied that the elongated dip in form bought on by his recent tribulations was quite as disastrous as many people depicted it to be:

“People are saying how bad I have been playing but I haven’t played enough games for my form to be a disaster. With everything that has happened, the reaction all goes a bit overboard.

Such courage for one so young. Time to forgive and/or forget (delete as applicable)?