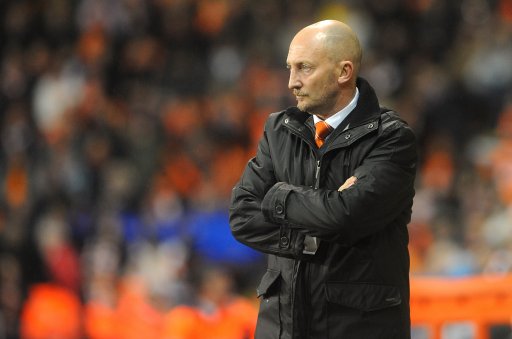 With a visit from Premier League leaders Manchester United looming, Blackpool are facing the unenviable prospect of being left without anywhere to shore up before the game, should the pitches at their Squires Gate training ground freeze up during the week.

Despite coasting in the Premier League this season, the Seasiders do not have any indoor training facilities and manager Ian Holloway had admitted that he may be forced into sourcing make-shift alternatives:

“We might use the beach. Whereas most teams can train under their beautiful bubble, we haven’t really got anywhere.

“I might have to take them indoors – aerobics class or something. But we need to keep moving with the ball and we will have to think about that.

“We went to train on the beach last season but it was frozen. So we went to the casino instead, got the bacon sandwiches in and organised a poker tournament, which they loved. But that’s not what you need to do before playing Man United, is it?”

Dune and dusted. Let’s just hope that Holloway’s squad don’t pull any mussels out there.