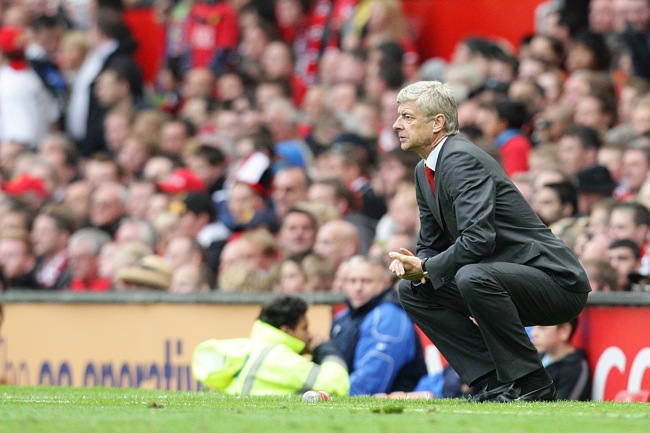 Arsene Wenger: a big fan of the invisible chair

In November 2009 we published a post about how Man Utd had urged its own fans to stop with the “Sit down you paedophile” chant, aimed at Arsenal boss Arsene Wenger.

More than one year on, it’s the same old story, as Fergie personally calls for an end to the chant. This from the Guardian:

“Sir Alex Ferguson is to make a personal plea to Manchester United’s supporters to put an end to the sick chants that are aimed at Arsène Wenger whenever Arsenal visit Old Trafford.

“United are so embarrassed by the nature of the songs Ferguson has decided to take the matter into his own hands to back the man he used to regard as a sworn enemy. The two managers share a cordial relationship these days and Ferguson believes the abuse the Frenchman has suffered at Old Trafford over the years goes beyond any legitimate form of terrace humour.”

In United’s defence, they can’t do much more to stop the chant. It’s up to those morons who parrot it to shut the f**k up. Nonce sense. 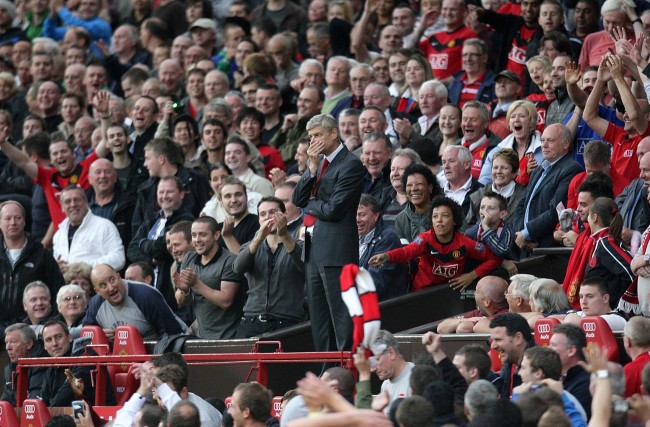