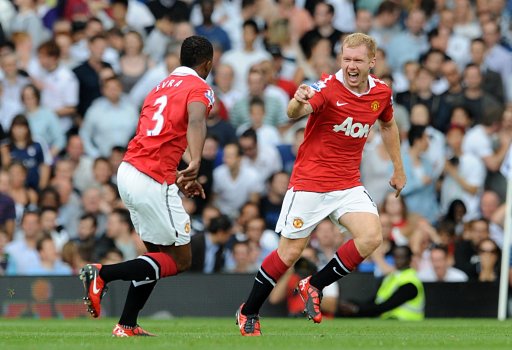 Despite being told earlier in the week that all three players were all ‘highly doubful’ to be fit in time, Manchester United have today confirmed that Rio Ferdinand, Paul Scholes and Patrice Evra have all been passed fit to play against Arsenal on Monday evening.

“Everyone is fit, Scholes started training yesterday. It was just light stuff but hopefully he will be available for Monday, and Rio should be fit as well. We should have a full squad for Arsenal.”

The aforementioned trio all sat out of United’s midweek Champions League tie, with Scholes also missing the two games before that with the snagged groin he picked up against Rangers last month.

Defensive pair Jonny Evans and Wes Brown were also said to have been struggling with viral infections over the past few days, but both should recover in plenty of time to face the Gunners if needed.

Whisper it, but there may also be a place on the United bench for über-crock Owen Hargreaves, who is close to shaking off the groin strain that curtailed his long-overdue comeback against Wolves last month.