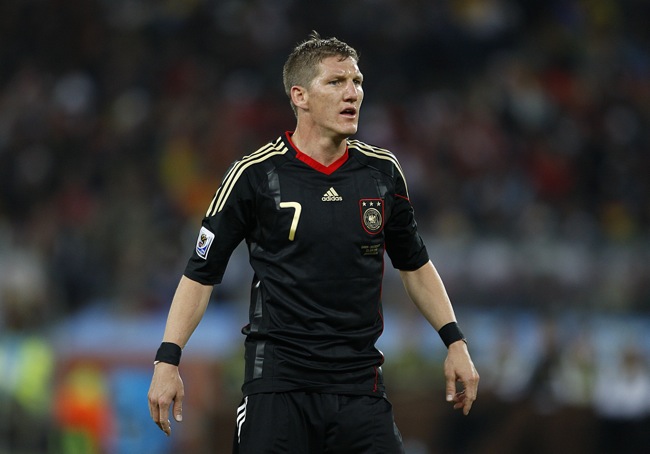 You might argue that Fergie bought the wrong industrious midfielder from Bayern Munich when he signed Owen Hargeaves in 2007. Wearing hindsight goggles, the player United should have signed back then was Sebastian Schweinsteiger, who has since developed into one of the most dynamic midfielders in the world. Well it seems Fergie is busting a move to do just that either in January or next summer. Better late etc.

According to Goal.com (which does tend to spew forth a considerable amount of bullpoop, but does occasionally hit the mark), United representatives flew to Munich on Thursday to speak to Bayern about the possibility of signing Schweini. An £18m transfer fee was mentioned – very similar to what United paid for Hargreaves; and the German international is a better (and fitter) player than poor Owen with his dodgy knees.

From Goal: “United have indicated that they are willing to match Bayern’s offer of £140,000-a-week in wages over a five-year contract, and Goal.com UK understands Schweinsteiger has indicated he is keen to take on a new challenge away from the Bundesliga.”

With Real Madrid also very interested in the pig-climber, there’s a good chance United won’t get their man, but I hope they do – he’d be a terrific addition to the Premier League, and is just the sort of player who would thrive there. (And his WAG, model Sarah Brandner, is most welcome too.)