With Liverpool & Mun Utd circling, Spurs must keep at least one of its star strikers 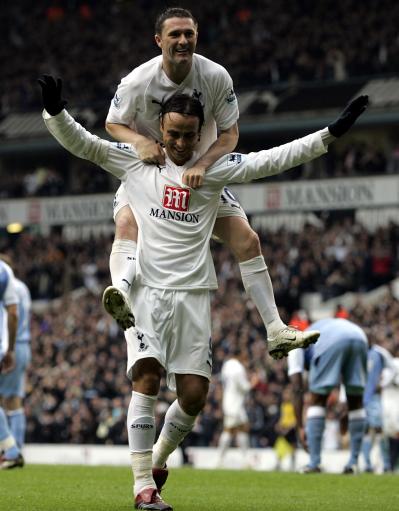 It seems very likely that Berbatov will sign for Man Utd this summer: Fergie wants him – the Utd boss has “good expectations” that the Bulgarian will come to Old Trafford – and Berby himself wants to join United, so I can’t really see how Tottenham can stop it from happening.
If that wasn’t bad enough, club captain Robbie Keane is in the cross-hairs of Rafa Benitez. Keano is a lifelong Liverpool fan and it seems that he wants to leave too. 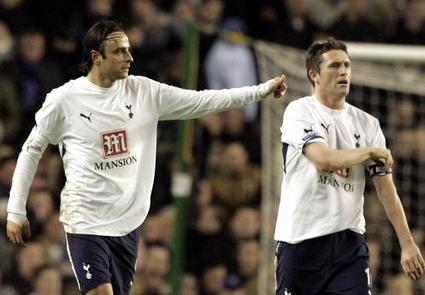 Tottenham rely so much on the Keane/Berbatov axis, especially since Jermain Defoe signed for Portsmouth. To lose both players in one summer would be a huge blow, although it would help balace the books – the club has spent bigger than most in the off-season, on the likes of Luka Modric and Gio dos Santos. David Bentley could also be on his way to White Hart Lane, although I’d argue that Spurs don’t really need him – they need another striker.
We reported that Juande Ramos might bring Espanyol hitman Luis Garcia to Spurs, as a direct replacement for Keane, but Ramos has since denied an interest in the player.
If Berbatov and Keane head north, that would leave Spurs with a forward roster of Darren Bent and…er… that’s about it. Dos Santos can play up-front, but it’s not his best position. Clearly, that’s not ideal. Ramos must replace Berbatov and Keane, or Spurs will not finish in the top six.