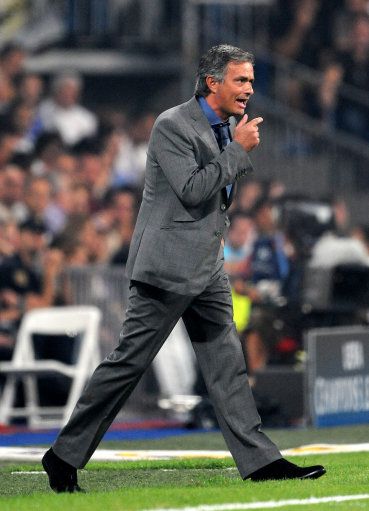 Real Madrid are set to lose Gonzalo Higuain for up to two months as he continues to wrestle with a debilitating lower lumbar problem, so it only stands to reason that coach Jose Mourinho should use the January transfer window to bring in a replacement for the Argentinian hitman.

Thankfully, the Daily Mail have pulled three names from the ether and proffered them forth as solutions to Mourinho’s ongoing ‘striking crisis’ – and fairly curious choices they indeed be.

First up is Manchester City’s peripheral waster Emmanuel Adebayor, who is apparently Mourinho’s ‘priority signing’, with a five-month loan deal (with an option to buy) said to already be in the offing.

Adebayor’s uppity teammate Carlos Tevez is also mentioned in passing, but the Mail are cautious – suggesting that Madrid are ‘determined not to pay more than €15 million (£12.7m) for a player they think will only decrease in value’.

I will hereby extend a doff of the cap to Mourinho if he manages to pull off a deal for Tevez for roughly ‘half a James Milner’, but there you go.

Lastly it looks like Madrid may also be hovering over the ‘red half’ of the city, with the Mail also suggesting that Los Blancos may be putting together a £21.1 million bid (with Lass Diarra ‘dropped on top’) for United’s Mexican jumping bean Javier Hernandez – which, by way of some mangled mathematics, would mean that they seem to rate Chicharito as nearly twice the player Tevez is.