C-Ron is not coming back to Manchester 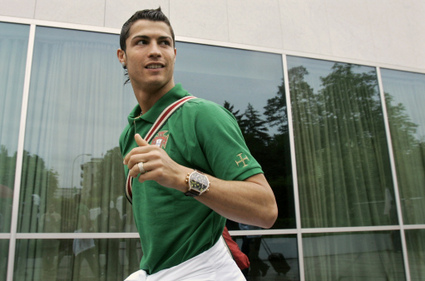 According to Portuguese newspaper A Bola, Real Madrid have already set a date to present Cristiano Ronaldo to the world – and that date is August 15th. Put it in your diary.
Madrid have reportedly offered â‚¬75 million to Man Utd for Ronaldo, a sum that they believe is too much for United to ignore. More than half of that money will come directly from the sale of Robinho to Chelsea, a transfer that will happen unless Alex Ferguson can convince C-Ron not to wear white this season. 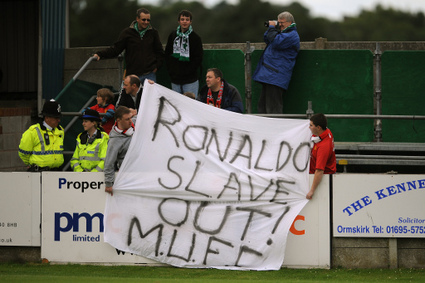 If Ronaldo really is intent on leaving, the prospect of such a windfall – he’ll never be worth that much again – will surely be too much for United’s money men to resist, no matter what the protestations of Fergie.
But in such a short time-frame, who could United bring in to replace the Portuguese star? I don’t see anyone who fits the bill.
That’s the problem: there is no one like Ronaldo. He is irreplaceable.