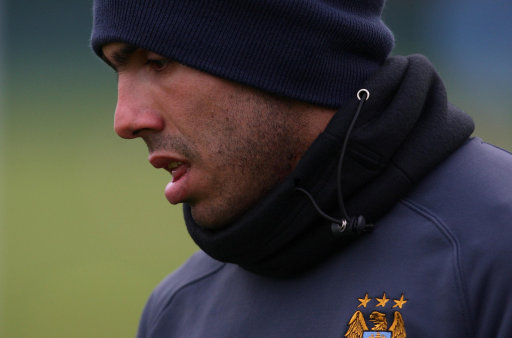 It’s sub-Siberian, my fingers are completely frozen, I’m shivering like a sh*tting spaniel and still at least 18% inebriated – here goes nothing.

This particular doozy of a rumour first appeared in yesterday’s Mail on Sunday (I know, I know), but is so deliciously unctuous that it warrants a re-hash in my book.

According to the Mail, Manchester United have apparently been approached with an offer to buy Carlos Tevez back from whence he came, although the move was not cleared by anyone affiliated with Manchester City:

“Contact was made this week by a party closely connected with striker Tevez, who quit Old Trafford in May 2009, with a view to finding out whether United manager Sir Alex Ferguson would be interested in re-signing him.”

The paper continues to claim that Ferguson was made fully aware of the approach, and that it was made by an agent who was working ‘neither at City’s behest nor with their knowledge’.

But before you all get carried away, the Mail have also put a dampener on proceedings, declaring that sources close to Old Trafford indicate there is ‘absolutely no chance of the player returning’, even if City did decide to flog him on.