Alex Ferguson gets one over on son Darren 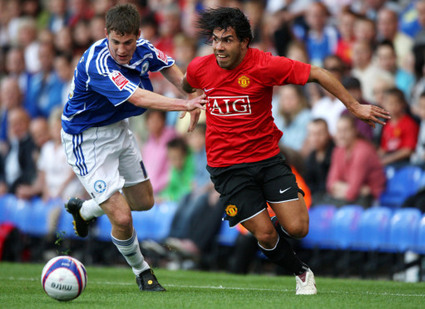 An own goal from Posh defender Russell Martin broke the deadlock just before half-time, before substitute Darron Gibson smashed home a great second for the visitors.
Fergie (senior) was especially pleased with the performance of new Brazilian full-backs, Rafael and Fabio. The United boss said: “The young players were fantastic and young Rafael the right-back was a sensation for me… I thought it was a real eye opener for us. He hadn’t played for a year but he’s played a full 90 minutes.
“His brother Fabio has played 45 minutes and he’s also done well so we’re really pleased by their contribution.”
Watch highlights of the game below…

Credit to Posh: they played really well and should have scored a couple.