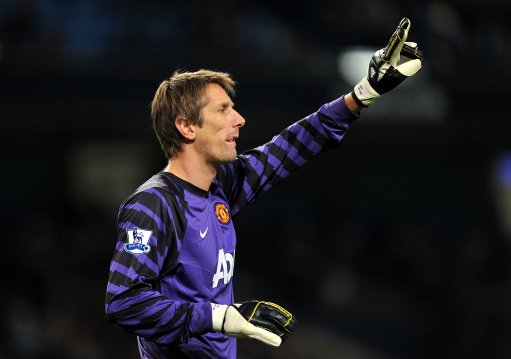 After a couple of month’s worth of speculation and indeed counter-speculation over the subject, Manchester United manager Sir Alex Ferguson has come as near-as-damn-it to confirming that this season will be veteran ‘keeper Edwin van der Sar‘s last:

“We are planning for this being [Van der Sar’s] last season.”

Pressed on whether the 40-year-old Dutch custodian would be joining United’s coaching staff should he hang up his gloves in the summer, Fergie admitted that the club are keen to pursue the option – although talks are yet to take place:

“We have not discussed it, but Edwin is a player who would be of interest in terms of his knowledge and standing in the game.”

For old time’s sake, here’s a little compilation of VDS’s ‘best bits’ in United colours for your viewing pleasure…