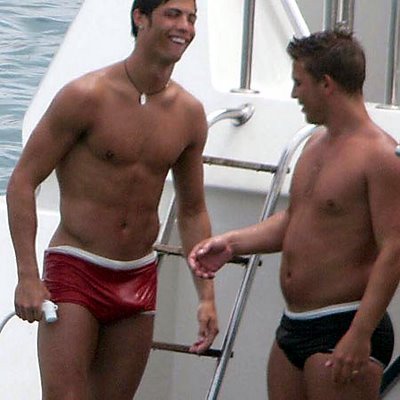 C-Ron has another award to add to his bulging pants. Did I say pants? I meant mantlepiece – it’s easy to get the two confused.
Gay Times, a British magazine read by precisely no Premier League footballers (that we know of), has announced the winner of its “Sexiest Man Alive” poll. The winner, as the headline says, is Cristiano Ronaldo.
This isn’t the first time C-Ron has been honoured by the gay community. Last year, he was voted the “ultimate gay icon” by gaygolddiggers.uk.com. Who needs a Champions League winner’s medal, eh? [@ Unprofessional Foul]