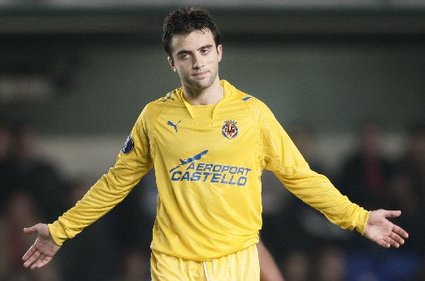 Peering thorough my special hindsight goggles, it’s easy to form this opinion.
Based on his play since leaving Old Trafford in 2007, the 22-year-old Italian-American falls into the class of United departures marked, “Ones that got away.”
Of course, in Fergie’s defence, there are a couple of caveats:

1) It’s not like United have struggled since Rossi left them.
2) According to Fergie, there is a clause in Rossi’s Villarreal contract that gives United first refusal should Rossi want to leave the Spanish club. So a return move is possible.
3) Fergie didn’t want Rossi to leave in the first place – indeed, United’s manager was a huge admirer of the his natural finishing ability – but the player was hungry for first-team football.
Right now, with Cristiano Ronaldo and Carlito Tevez’s bags seemingly packed, I bet United fans would love to have Rossi back in their midst – many of them didn’t want to see him leave in the first place.
Does Fergie have plans to bring Rossi back to OT in the next season or two? If not, then I bet United fans hope their gaffer saw Rossi’s positive impact for Italy in yesterday’s Confed Cup (I’m sure he did).