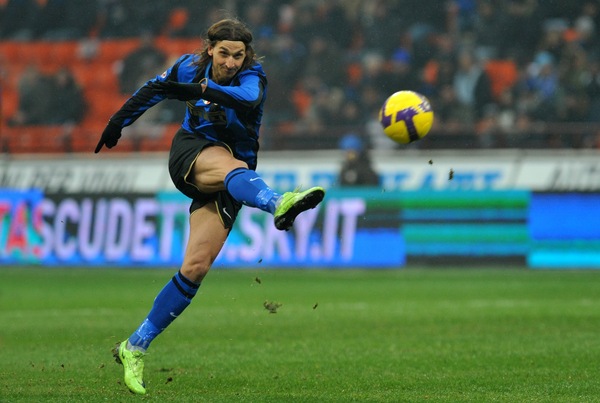 From today’s Mirror:
“Sir Alex Ferguson is weighing up a move for Inter Milan striker Zlatan Ibrahimovic.
Manchester United boss Fergie, who yesterday completed the Â£3.5million signing of Bordeaux winger Gabriel Obertan, has missed out on several of his top targets to replace Cristiano Ronaldo.
Lyon striker Karim Benzema opted to join Real Madrid, while Bayern Munich’s Franck Ribery revealed his desire to play in La Liga.
That has left Fergie with limited options in terms of finding a forward to supply the goals without Ronaldo – despite the free signing of former England striker Michael Owen.
Now Inter striker Ibrahimovic, 27, has emerged as a target, with Fergie having had the Sweden international watched on several occasions last season by his European scouts.
Inter would be reluctant to sell Â£30mrated Ibrahimovic, twice voted Serie A Player of the Year, but sources in Italy suggest they may be persuaded by a sizeable fee.”
Hmm…
‘Weighing up a move.’
‘…emerged as a target.’
‘Sources in Italy…’
The language of bullshit? Clearly. That hasn’t stopped it being picked up by the Italian media.
United don’t really need a striker (Berbatov, Rooney, Owen, Welbeck, Macheda etc.), but he could use another central midfielder.
This. Will. Never. Happen.