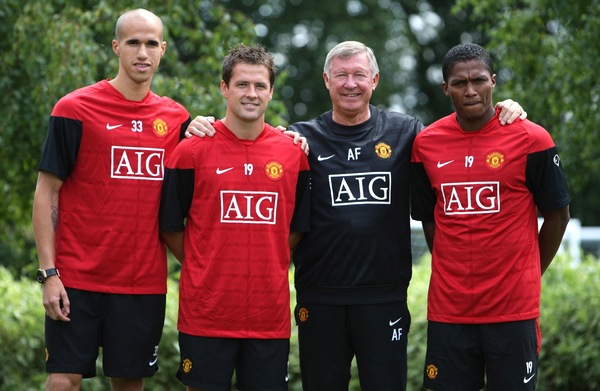 Hmm, this wasn’t what I ordered.
Today’s quote of the day was uttered by Man Utd boss Alex Ferguson:
“It is the end of our [transfer] business, so all these stories about who were are supposed to be getting – forget it.”
Either this is a huge bluff or Fergie is pocketing a very large chunk of C-Ron’s Â£80m fee, perhaps for a rainy day (or the January transfer window?).
So Ronaldo has gone, and Tevez is on his way, to be replaced -Â not directly though – by Michael Owen (who gets Ronaldo’s No.7 shirt), Gabriel Obertan and Antonio Valencia. Three very high-risk signings, I’m sure you agree, albeit players with lots of potential.
If I was a Liverpool or Chelsea fan, I’d be very excited by the strange goings-on at United. The champions only just won the title last season, and it’s difficult to argue that their current squad looks as strong as it did in 08/09.
Fergie also admitted that he made a bid for Karim Benzema, but wasn’t prepared to match Real Madrid’s bid (translation: Benzema chose Madrid):
“We asked about Benzema and we had a value for him. Lyon have done well because they got â‚¬42m but I think we took a sensible view.”
Do you think United’s squad is weaker now or stronger than last season? Vote below: