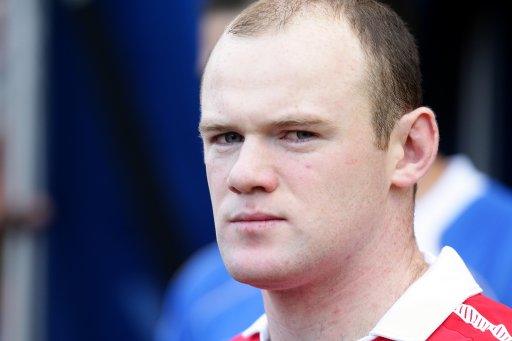 Wigan owner Dave Whelan has reacted angrily after the FA announced yesterday that they were powerless to dole out any retrospective punishment to Wayne Rooney, chiefly because referee Mark Clattenburg deemed that giving the Manchester United striker a little hug was the ‘appropriate action’ to take after his elbow assault on Latics midfielder James McCarthy’s temples.

Whelan is quoted in this morning’s Sun as saying:

“[The FA’s decision] sends out a terrible message. Something is wrong when a top international like Rooney is seen doing something like this, as clear as day, and is allowed to get away without being punished.

“If it was any other club or player, you can bet your life he would have been sent off, but officials seem to be intimidated by the words ‘Rooney’ and ‘United’.

“Manchester United are allowed to get away with things the rest of us get pulled up for, and you can’t have one set of rules for one club and another for the rest.

“I don’t care what the FA say about the matter being dealt with at the time by us getting a free-kick. They, and everyone else in football, know justice isn’t being served here.

“The FA will be delighted they can hide behind their rules and let Rooney off, as they are frightened of taking sanctions against him and his club.”

Well, there you go. Whelan is famed for his straight-laced, one-eyed ire but it’s really quite difficult to argue with the facts.

We’ve seen several prominent England players (Gerrard, Shearer, Rooney again) spared the rod by the FA in recent history, thus protecting their interests, as well as seeing both Wolves and Blackpool sanctioned and fined for possessing the temerity to field first-team squad members for Premier League games – to use but two recent examples.

I guess the most surprising thing to take away from this is that anyone, in this case Whelan, is surprised by the FA’s antics anymore – though it’s fair to point out that, even though Rooney’s cowardly elbow was laced with barely-concealed malice, it’s not like he shot anybody for Christ’s sake.