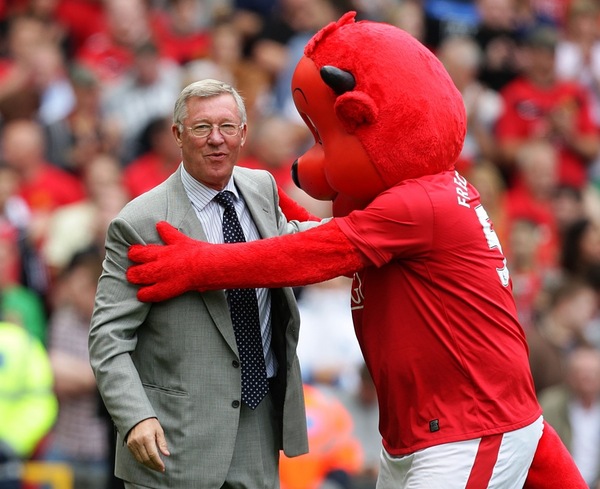 “Pick me, pick me!”
This is where you get to pick United’s best starting line-up for this season. First up, I’ll reveal my selection (based on United’s squad at time of writing). I planned to post this before the season started, obviously, but server gremlins meant I couldn’t. Anyway, better late etc etc.
So this is the default team I would go with:
My XI (in a 4-4-2 formation, and assuming every player is fit):
Edwin van der Sar
Rafael, Nemanja Vidic, Rio Ferdinand, Patrice Evra
Antonio Valencia, Owen Hargreaves, Michael Carrick, Nani
Dimitar Berbatov, Wayne Rooney

Van der Sar is still United’s best keeper – not by much though – and the back four picks itself, although I expect Fergie might alternate Rafael with John O’Shea. Wes Brown and Jonny Evans are fine deputies in central defence.
In midfield, it’s wishful thinking to hope that Owen Hargreaves will return from injury soon, but if he is fit, he walks into United’s first-choice line-up. Sadly, he’s done a lot more hobbling than walking in the last couple of seasons. But in Hargreaves’ absence, you can trust Darren Fletcher to do a solid job. The jury is still out on the enigmatic Anderson and Nani. Both can be brilliant but they need to be more responsible in 09/10. 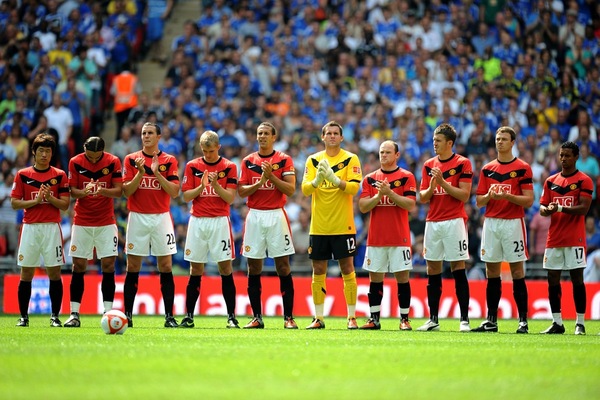 Up front, it’s Rooney and AN Other. You’d think that Dimitar Berbatov is the automatic pick but on current form he must be one of the last names on Fergie’s team sheet. Unless Berbatov ups his game, he’ll be under serious pressure from Federico Macheda, Michael Owen and Danny Welbeck. Either that or Fergie switches to a 4-3-3/4-5-1 formation, with Rooney as the spearhead. Something like this:
Edwin van der Sar
Rafael, Nemanja Vidic, Rio Ferdinand, Patrice Evra
Darren Fletcher, Michael Carrick, Anderson
Park Ji-Sung, Wayne Rooney, Nani
What Fergie lacks is enough players in their absolute prime, especially in attack. The likes of Gary Neville, Paul Scholes and Ryan Giggs are on their last legs, while youngsters like Anderson, Nani, Macheda and Welbeck are still immature, in the head at least. As the season wears on, I expect United to increasingly miss C-Ron.
That’s how I see it. Let’s hear your XIs…
MORE
What is Barcelona’s best starting XI for the 09/10 season?
What is Tottenham’s best starting XI for the 09/10 season?
What is Arsenal’s best starting XI for the 09/10 season?