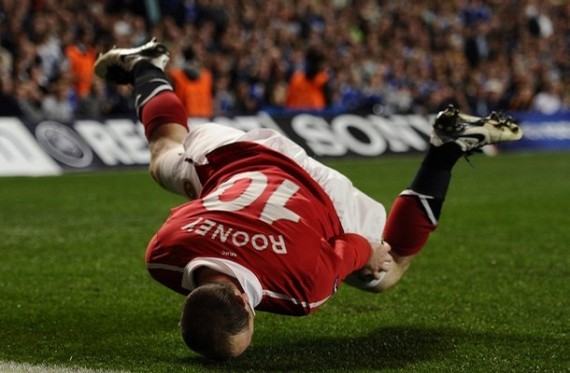 So, advantage Manchester United it is then. Sir Alex’s side will now go into the second leg of their Champions League quarter-final tie with Chelsea at Old Trafford with a one-(away)goal head start thanks to Ryan Giggs’ impeccable first-touch and Wayne Rooney’s smart finish at Stamford Bridge last night – a goal he celebrated by burying his head in the turf to presumably avoid any further FA charges.

Strange as it may sound, Chelsea definitely deserved a goal – Patrice Evra somehow managed to come up clean despite scissoring Ramires to the ground in the penalty area (and in full view of the assistant referee) as the game entered it’s death throes – but a draw would have probably flattered Carlo Ancelotti’s side considering United’s dominant first-half performance.

Oh, and Fernando Torres  – despite his downright atrocious diving – actually looked like he may have had the wherewithal to finally break his duck, only for the post to intervene late in the first-half and for Edwin van der Sar to pull an outstanding, full-stretch, fingertip save out of the bag midway through the second. 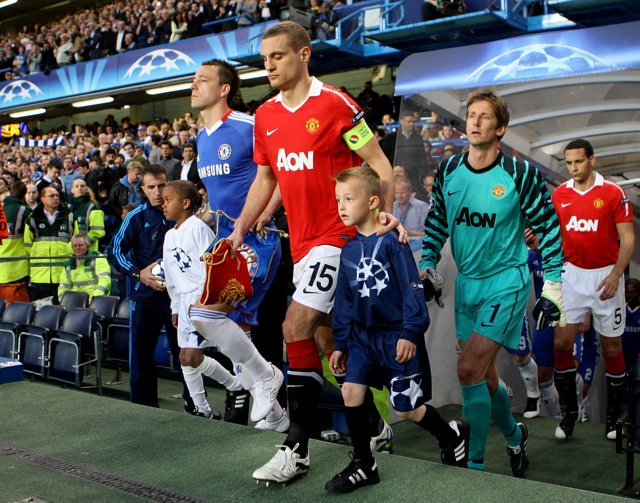 The two captains, Nemanja Vidic and John Terry, lead out their teams 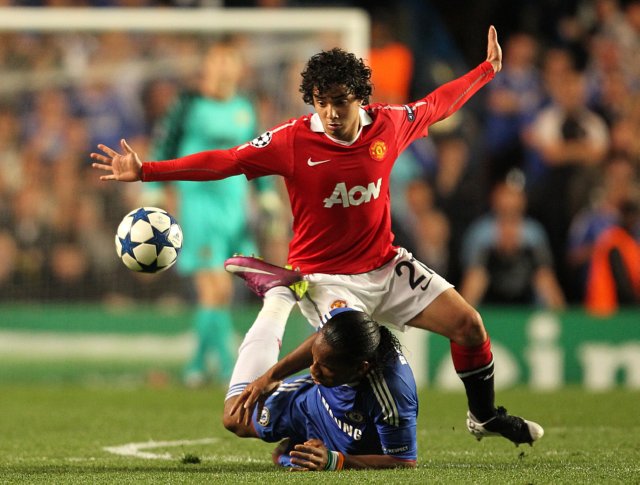 Rafael Da Silva battles for the ball with Didier Drogba 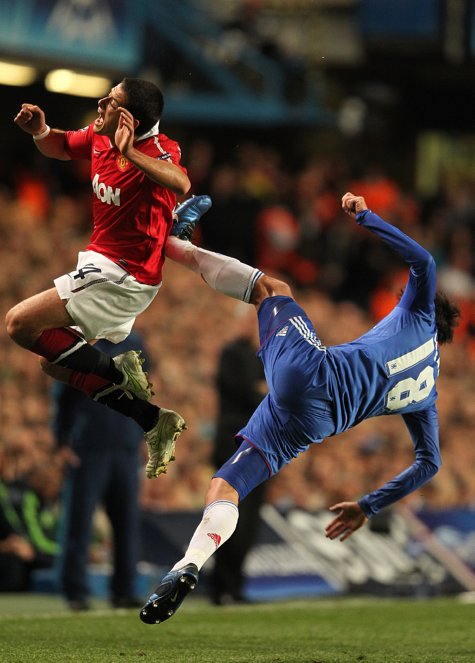 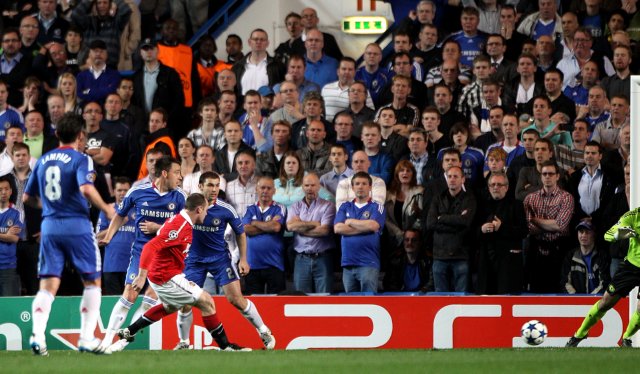 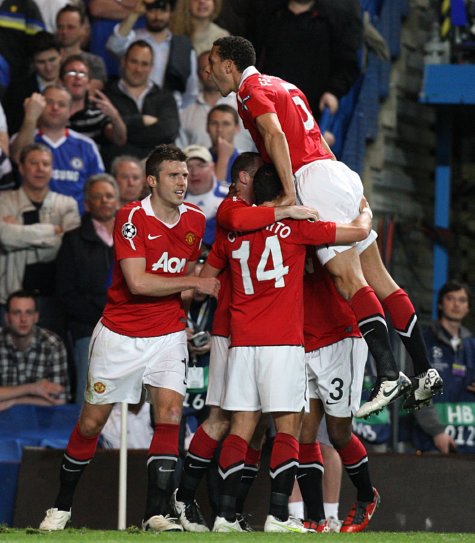 …then celebrates with his teammates in the corner 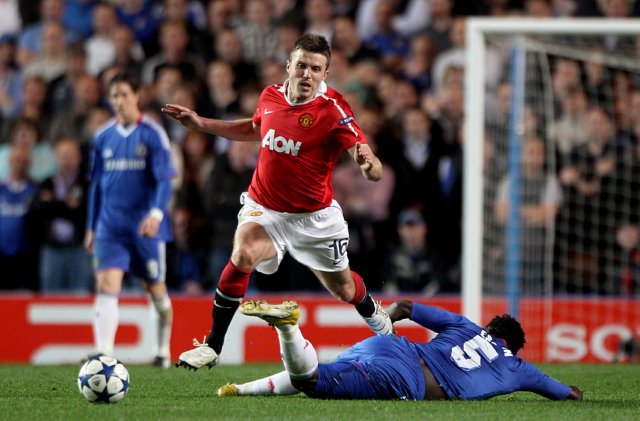 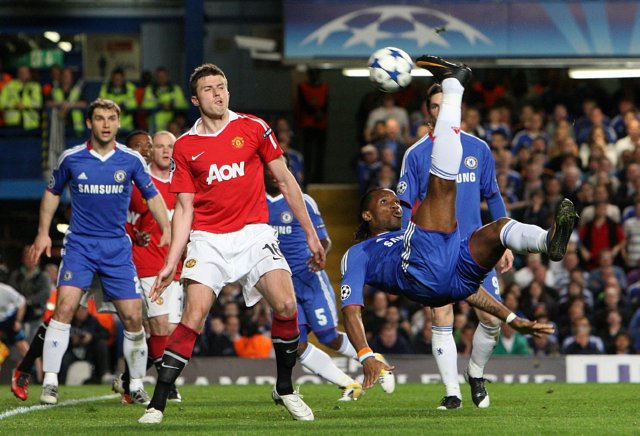 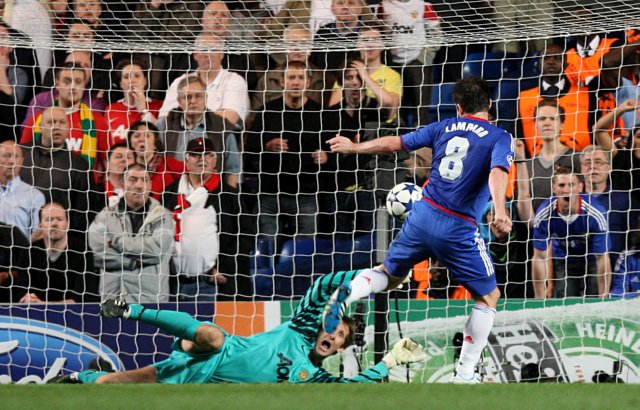 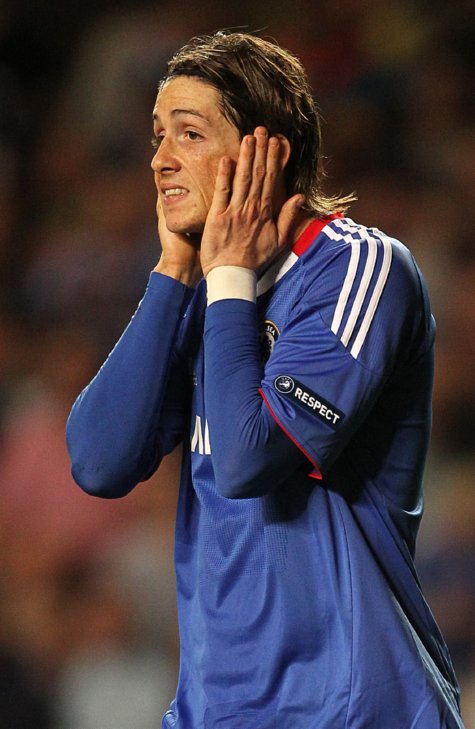 Fernando Torres, after seeing his faint touch (we’ll give him the benefit of the doubt) glance back off the upright 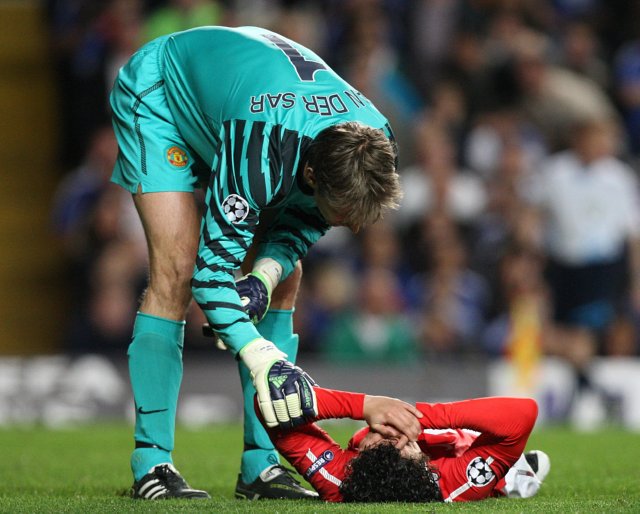 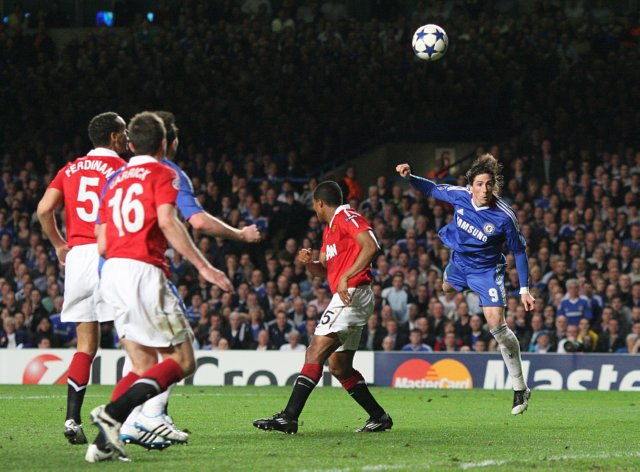 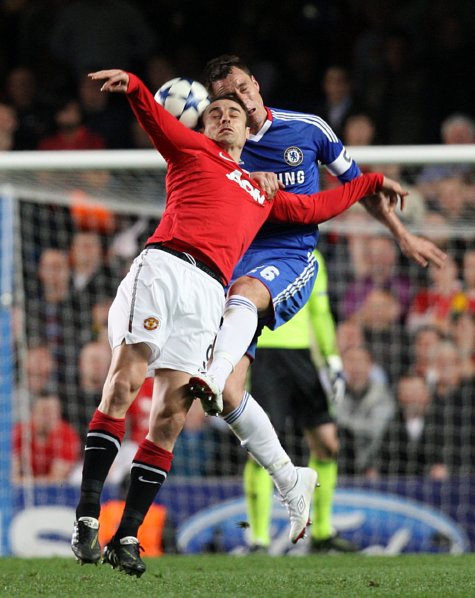 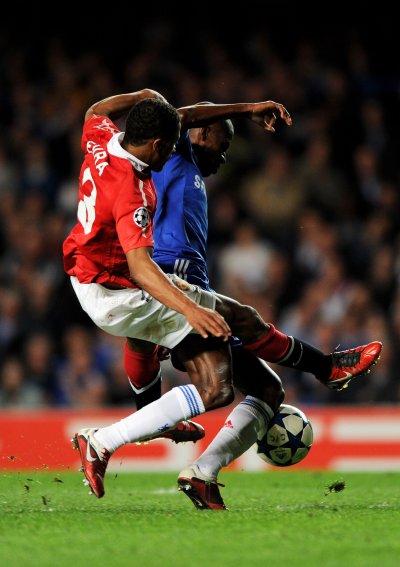 Patrice Evra brings Ramires down in the area late on, but miraculously survives Chelsea’s claims for a penalty 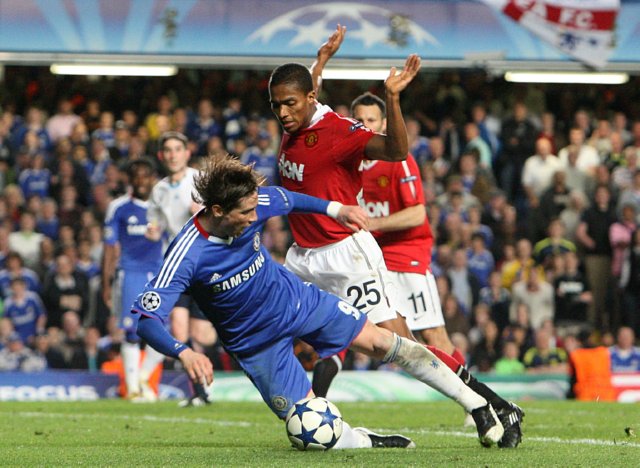 Fernando Torres hits the deck blatantly looking for a penalty… 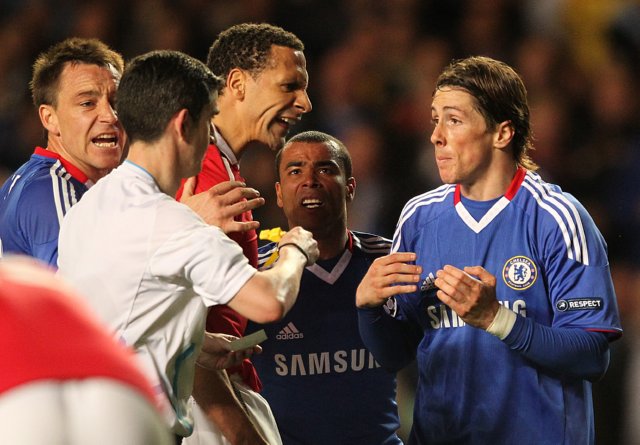 …and is duly booked for his troubles 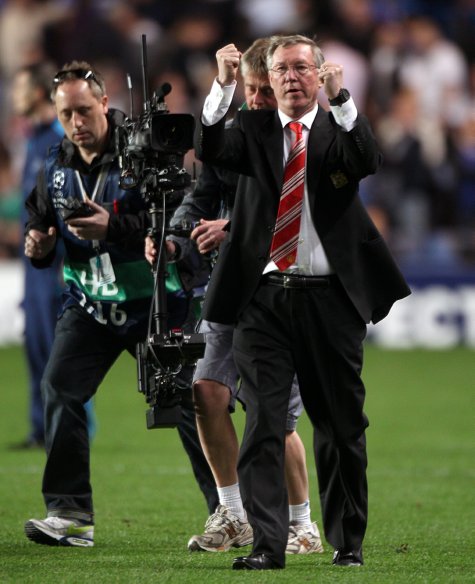