Nemanja Vidic is a big scary centre-back, so I find it comical – though not as comical as most Liverpool fans – that he’d be afraid of a girly striker like Nando Torres.

But the Serb is clearly terrified of El Nino – the Spaniard is his Kryptonite, something which is summed up perfectly by this photo (some Scousers might want to download this and use it as their screensaver): 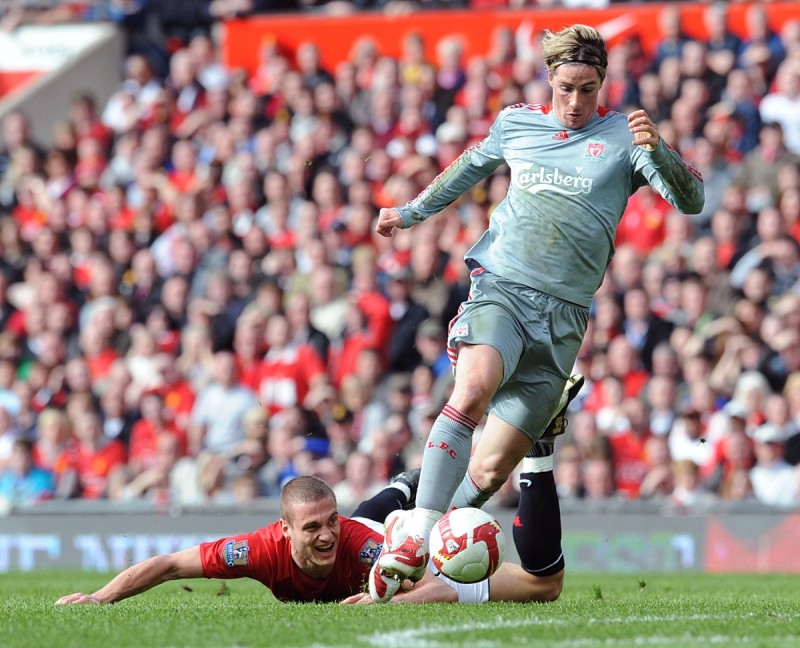 That’s three red cards for Vidic in his last three games against Liverpool, a stat that will give Fergie pause for thought next time he picks a team to face Rafa’s men. (A word of advice: go for Jonny Evans instead.)

I’m not sure why Vidic can’t handle Nando, or if there’s something about the Spaniard that winds him up so much, as normally he’s an excellent defender. Yes, Torres is world-class but I’ve seen Vidic keep other world-class forwards in his pocket for 90 minutes. Whatever – Torres is now Vidic’s bogey man, and with Halloween approaching, any kids wanting to knock on the door of Nemanja’s mock-Tudor mansion might want to think first about the consequences of wearing a Torres mask.