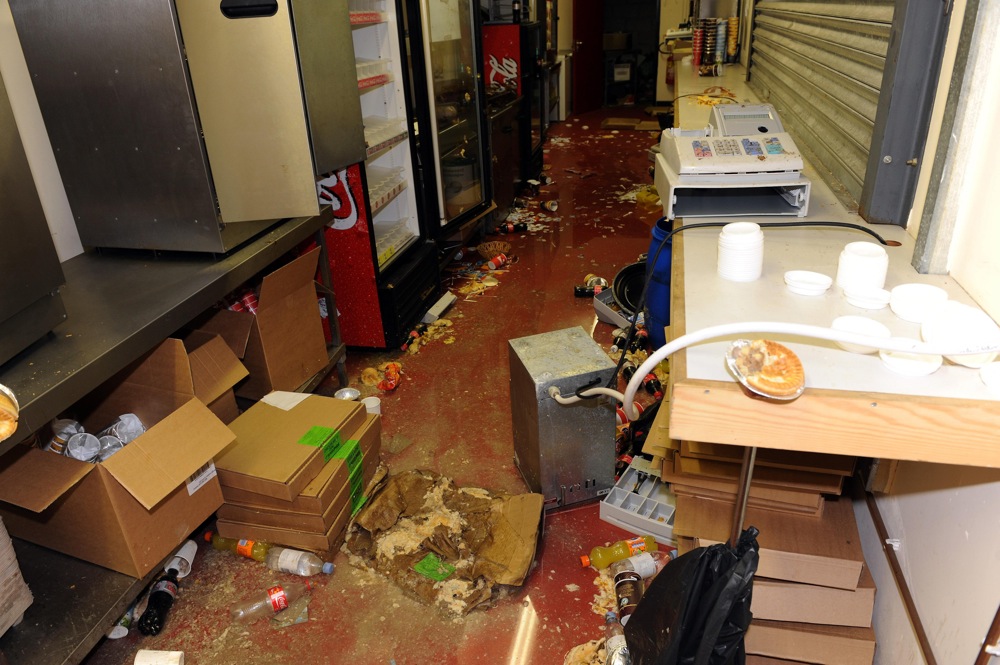 Terrified catering staff – all teenagers, according to reports – locked themselves inside a catering kiosk’s store room for 25 minutes as fans broke in and stole money from the till and food from the shelves (see photo).

Stewards inside Oakwell also had food thrown at them and a couple of fans ran on the pitch towards the end of the game (one idiot scored in United’s goal).

Barnsley said last night they would launch their own investigation. The club accused United fans of causing “substantial damage” at the stadium.

A Barnsley spokesman said: “A complaint has been made to the police and we will be taking a look at CCTV footage of the incident before we can comment further.”

Some fans will do anything to get a cold pie. Seriously though, what a shame that a lively match was spoiled by the usual minority of brainless goons.