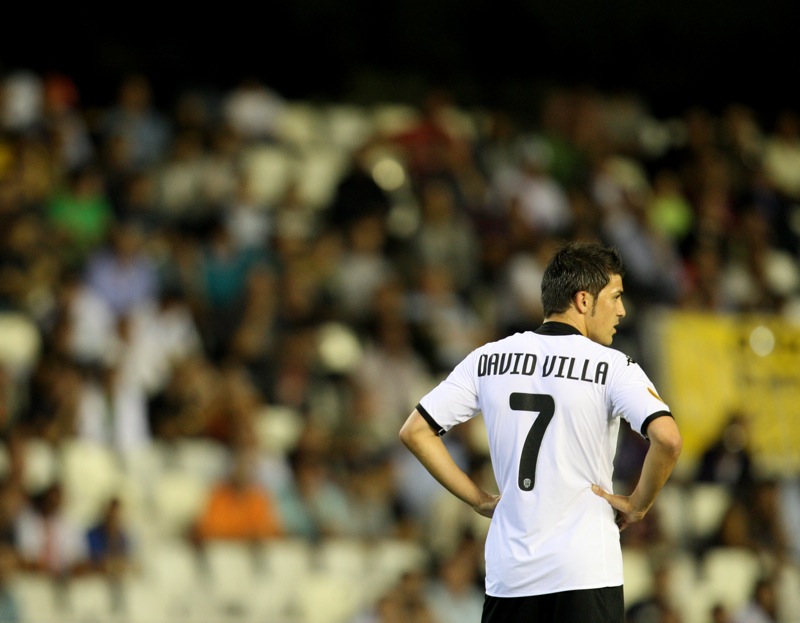 David Villa has sacked his agent, which means of course that he’s pissed off to still be playing for Valencia. That’s a fair enough assumption, no?

Now I’m not one for baseless rumour-spreading – the world doesn’t need yet another source for football rumours – but in this case, it feels like Villa is readying himself for the big-money move that he richly deserves. It’s overdue – he can’t stay at Valencia his whole career, surely?

With the January transfer window less than three months away, I predict that he’ll end up at Man Utd or Liverpool. Serie A clubs don’t have the money, Real Madrid and Barcelona don’t need him, Chelsea can’t make any new signings (until they win their appeal), while both United and Liverpool are a quality striker short.

Wayne Rooney and Villa would make a terrific pairing, I think, while Fernando Torres and Villa is a no-brainer.

But who’s got more cash to splash? United, clearly, as they have yet to reinvest the £80m received from the sale of C-Ron to Madrid.

Where would Villa rather play though? If he has to play in England (he’d rather play in Spain) then he’d pick Liverpool, I guess, just because of the Spanish connections at the club.

Who knows, I could be very wrong about this, but I have a feeling he’ll go to United in January. What’s your take?