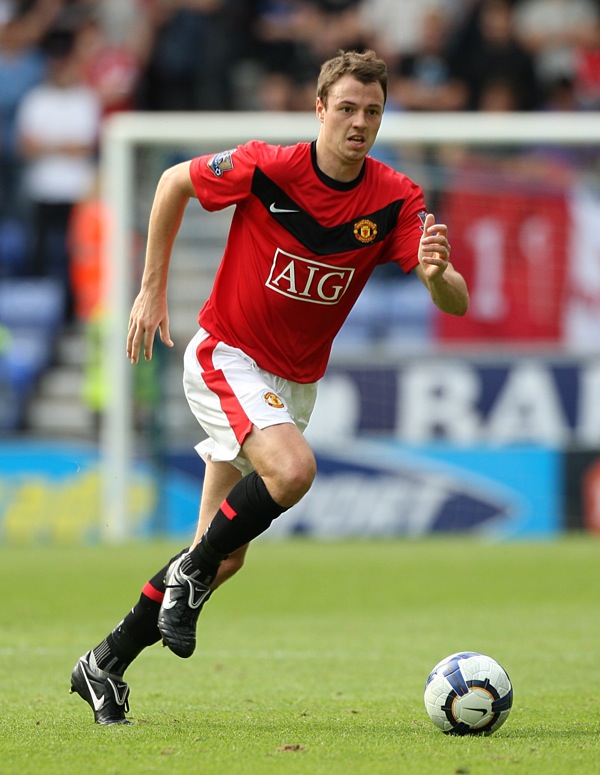 Compared with last season, the form of both Nemanja Vidic and Rio Ferdinand has dipped – to the point where Fergie must be thinking seriously about the first-team credentials of young Jonny Evans.

When Evans has deputised this season, he has looked pure class – composed on the ball, solid in the air, alert to danger; the perfect replacement for Ferdinand, in other words.

Evans is set to be United’s No.1 centre-back for many seasons, but even though he’s only 21, I think he’s been United’s best centre-back this season.

The knives are out for Rio, who is still easily good enough to play at the highest level, but seems to be spreading himself thin of late – Fergie is not a fan of his many extracurricular activities – and perhaps taking his eye off what really matters.

Vidic too has looked far from his rock-like best. A 90% fit Fernando Torres ripped him a new one at Anfield – again – and there is the suspicion now that the Serb is something of a flat-track bully who uses brawn, not brains, to get the better of opposing forwards.

With the arguable exception of Arsene Wenger, no one is a bigger supporter of young, hungry talent than Fergie, and so I wouldn’t be surprised if Rio or Vidic struggles to shift Evans from United’s starting XI.

What say you – Is Evans ready to be one of United’s first-choice centre-backs?