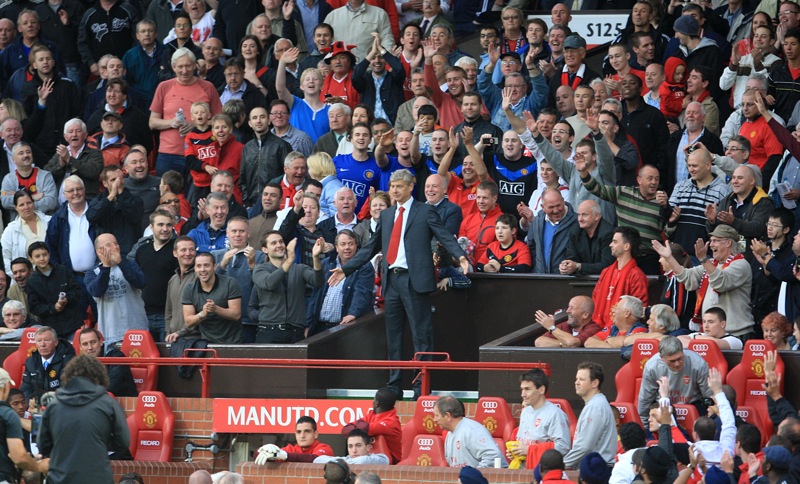 Man Utd plan to write an open letter to their fans, requesting that they stop singing the “Sit down you paedophile!” chant, which is predominantly aimed at Arsenal boss Arsene Wenger (other clubs’ fans sing it at Wenger too, though not with the relish of United’s). The letter will be endorsed by Sir Alex Ferguson.

“We have gone on the record several times about this disgusting chant. We don’t condone it and have appealed to fans several times in the past but to no avail. There are many chants that opposing fans find objectionable, and this is certainly one to which all decent supporters should object.”

So United’s fans – or a small section of them – have been asked to go to the headmaster’s office. But will they take any notice of the club’s request?

If there are any United fans out there who have joined in with this chant, please leave a comment…